Google Duplex, a human-sounding artificial intelligence (AI) that can make a restaurant reservation for you over the phone, is coming soon to iPhones. According to Google, the feature is already being made available to more people across the United States, with Google Pixel users now able to use it in 43 states. 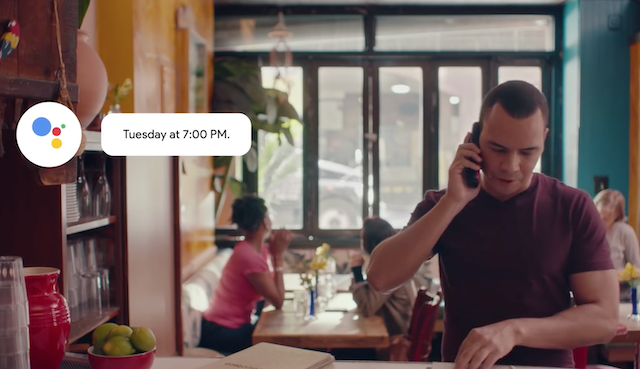 For those who’ve never heard of Google Duplex, the technology simply requires you to tell your Assistant where you’d like to go, such as, “Book a table for four people at [restaurant name] tomorrow night.” The Assistant will then call the restaurant and have a conversation with the restaurant’s booker that sounds like it’s coming from another human.

Once your reservation is successfully made, you’ll receive a notification on your phone, an email update, and a calendar invite so you don’t forget.

Until today, Google had limited Duplex to its own Pixel devices but now, it’s expanding the tech to iOS devices as well.

“Over the next few weeks, we’ll start slowly bringing this feature to more Android and iOS devices, and will continue to incorporate feedback as we continue testing,” Scott Huffman, Google Assistant vice president, said in the post.

Netflix has announced today they are rolling out the ability to great game handles, which are public usernames that can be used across the company’s slate of mobile games on iOS and Android. Supported games will have leaderboards such as Rival Pirates, Dominoes Café and Lucky Luna. How to create your Netflix game handle? It’s […]
Gary Ng
9 mins ago

Apple today started rolling out iOS 16.1 beta 3 for developers, with a public release of the build expected soon. YouTuber zollotech rounded up all of beta 3's changes in a recent video. iOS 16.1 beta 3 comes with a modem update that could resolve connectivity issues for users that were facing any, and other notable...
Nehal Malik
13 mins ago