Google has announced its Google Home Max speaker is now available for purchase in Canada, priced at $499 CAD, available from the The Google Store and Best Buy. 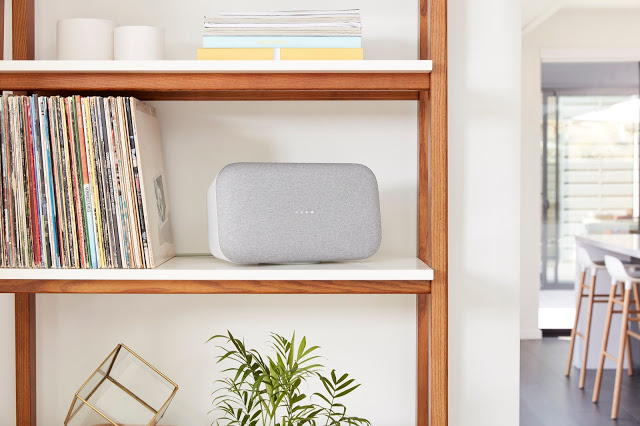 The Home Max has a pair of 4.5-inch high-excursion woofers for deep bass, which Google says is so loud, it’s “20 times more powerful than Google Home.”

The speaker’s Smart Sound feature means it adapts to whatever environment the speaker is placed in and will smartly tune itself based on where it’s placed in the room, dynamically and in seconds.

Of course, Google Assistant is built into the speaker, while other music services like Google Play Music, Spotify Free and Premium, plus TuneIn is supported. Obviously there’s no Apple Music as that’s for the HomePod, but you can AirPlay to the Bluetooth speaker, and there’s also an AUX-in as well.

Google Home Max can also control your smart home products, with the company noting over 150 home automation brands and over 1,000 devices are supported. The speaker can perform two tasks at once, so users can ask Google to dim the lights and also start your favourite playlist.

Anyone picking up a Google Home Max? Stay tuned as we’ll be sharing a review of this speaker in the near future.