Google announced in May at I/O their Google Home smart speaker would debut in Canada “later in 2017”. Now it appears “later” is actually in the same month, as pre-orders for Google Home are now live in Canada, priced at $179.99, from exclusive retail launch partner, Best Buy. 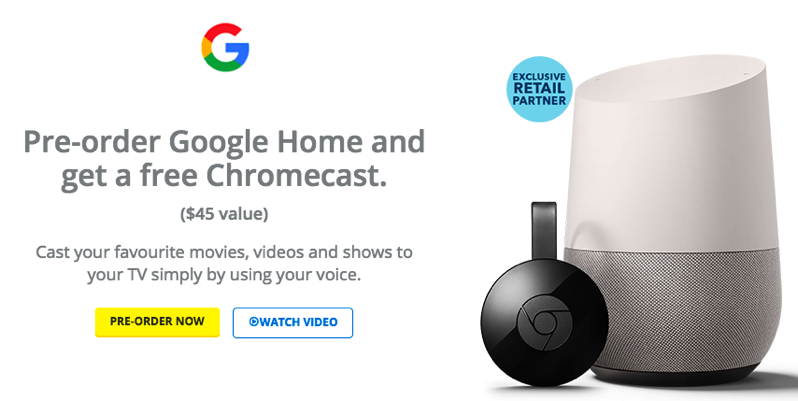 Early Best Buy flyers let the cat out of the bag about today’s pre-order launch (via RFD), which will include a free Chromecast worth $45 with orders.

Powered by Google Assistant, users can ask Google Home questions and get answers, plus get it to stream music and control smart devices. The device looks to compete with Amazon’s Echo speakers, which aren’t available in Canada yet, and possibly Apple’s rumoured ‘Siri speaker’, which could debut next week at WWDC.