Today at the kickoff of Google I/O 2012, the company announced a new streaming media player device called the Nexus Q. The sphere-looking device costs $299 (it isn’t available in Canada yet), has 16GB of storage, a dual core processor, runs Android 4.0 Ice Cream Sandwich and essentially will allow streaming of music, movies and other content right to your TV.

Nexus Q streams your favorite entertainment directly from the cloud to your living room. Just use the Google Play and YouTube apps on your Android phone or tablet to surf an ocean of music, TV, movies and music, and Nexus Q will play it all on the biggest speakers and screen in the house. There are no downloads, no syncing, no running out of space. Just the stuff you love — at home and out loud. 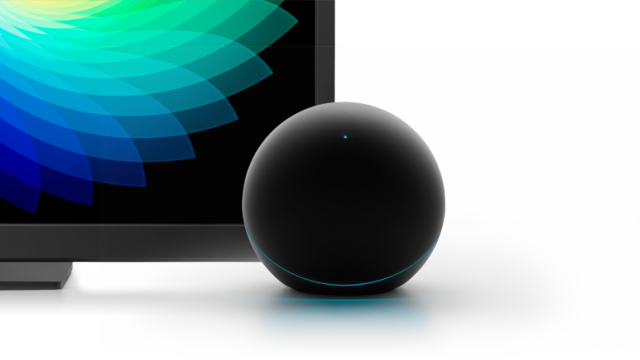 There are 32 LED rings that surround the Nexus Q; they change colour in time to your music. What’s also cool about this is it allows your friends to stream their music via a ‘guest mode’.

It sounds promising but the only thing against it is the $299 price point. For that price, others might consider an XBOX or PS3, or even a few Apple TV units around the house. What do you think?