New Google Maps Game Lets You Save Dinosaurs From Extinction

Available as a free download for iOS and Android, the game uses Google Maps data to create a world where dinosaurs have escaped the Jurassic World to roam freely in cities around the world. Your mission is to save dinosaurs from another extinction, and you do that by exploring the world around you. 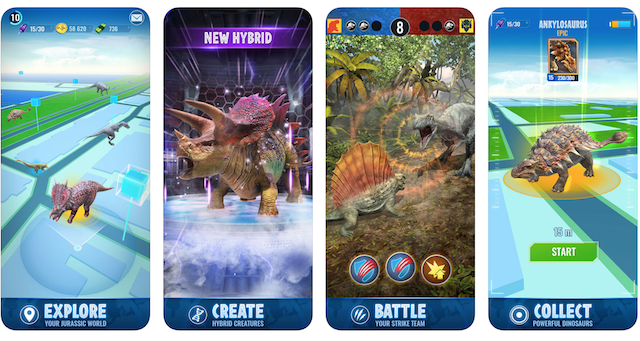 Surrounded by 3D buildings, roads, landmarks, and parks, you’ll find dinosaurs which you can track with drones, collect DNA samples to level up, and create hybrid dinosaurs in your lab as a member of the Dinosaur Protection Group. Once you’ve assembled your own roster of prehistoric animals, you can battle other players to defend against threats to your mission.

To perform your duties as part of the Dinosaur Protection Group, you’ll need to earn rewards like in-game currency and battery life for your drone by finding supply drops––all strategically placed in fun (and appropriate) places using Google Maps’ in-depth understanding of real-world places.

The game uses ARCore, Google’s platform for building augmented reality experiences, to power an exciting (and terrifying!) AR mode that lets you get up close and personal with dinosaurs in your collection.

So what are you waiting for? Go ahead and try Jurassic World Alive for free at the following App Store link.