As part of a handful of new features and updates for its Messages app rolling out to Android users over the next few weeks, Google is finally updating its Messaging app to properly display emoji reactions sent by iOS users (via The Verge). 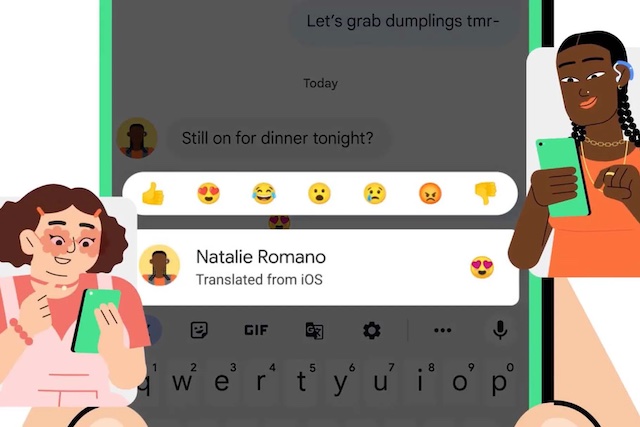 Following the update, Google Messages will translate emoji reactions sent by iPhone users properly, formatting them on Android instead of appearing as a confusing text message that arrived separately.

At the same time, Google is also building a Google Photos sharing link directly into its Messages app to let users share photos and videos with non-Android users without image quality degradation.

Google Messages will also now nudge you to respond to a message if it’s been sitting in your inbox for a while, as well as prompting you to wish someone a happy birthday if you’ve got the date in your contacts app. Oh, and links to YouTube videos shared in Messages will now display a preview for iOS users as well.

To learn more about all the new features and updates coming soon to Google Messages, hit up this link.