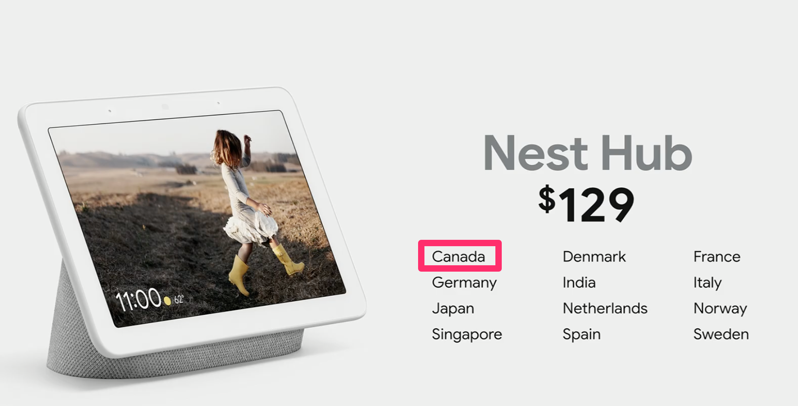 At Google I/O today, the company unveiled its latest technologies and products, while also announcing their Nest Hub speaker with display is launching in Canada, along with 11 other countries. The speaker was made available to the United States last year.

The Nest Hub (formerly Google Home Hub) brings the power of Google Assistant, but with a display for you to use in the home, helpful if you want to see your Nest cameras or who’s at the door with your Nest Hello video doorbell.

Pre-orders of the Nest Hub are now available from Home Depot Canada, priced at $169 CAD, which includes a promotion in the form of a free Google Home Mini speaker.

You can buy Hub for $169, and starting today, you can pre-order from the Google Store. When you pre-order a Nest Hub between May 7 and May 27, you get a Google Home Mini on us. You’ll find Nest Hub on shelves on May 28 at select retailers.

With the Nest Hub now available in Canada, it will compete with Amazon’s Echo Show, a similar smart speaker with display, currently on sale for $249. Apple does not have any smart speakers with displays (yet).