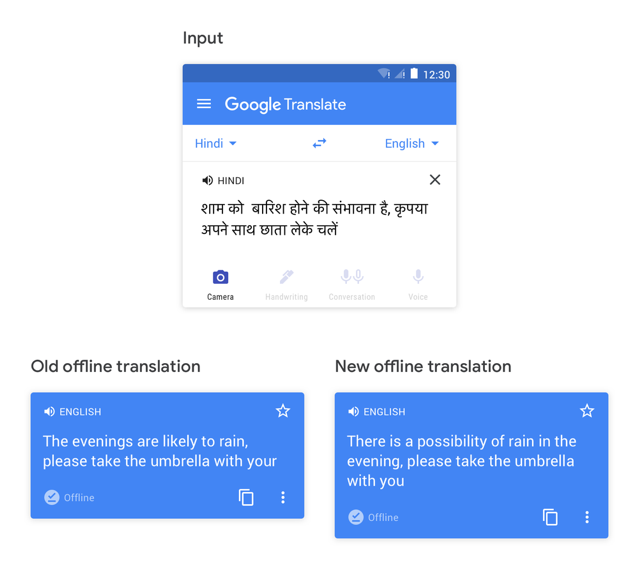 In cases where it’s particularly hard to pronounce and spell words in languages that are written in a script you’re not familiar with, Google Translate offers transliteration which gives an equivalent spelling in the alphabet you’re used to:

For example, when you translate “hello” to Hindi, you will see “??????” and “namaste” in the translation card where “namaste” is the transliteration of “??????.” This is a great tool for learning how to communicate in a different language, and Translate has offline transliteration support for 10 new languages: Arabic, Bengali, Gujrati, Kannada, Marathi, Tamil, Telugu and Urdu.

You can try the improved offline translation and transliteration features now by downloading the latest version of Google Translate from the App Store.