Just like they did for Mother’s Day, Google Photos has launched a tool to help you make a Father’s Day movie instantly, by selecting the face of the father and of children. 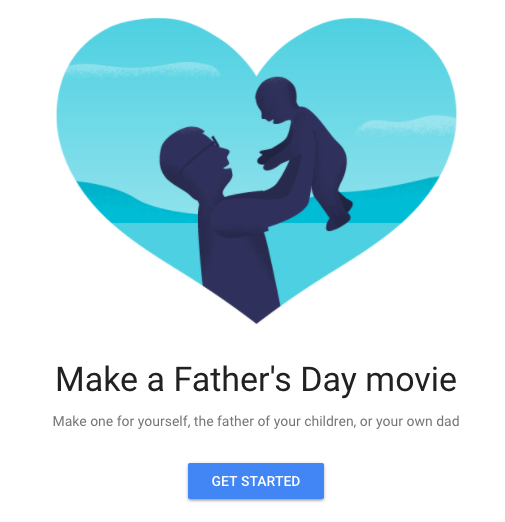 Google Photos will use images from individuals based on its facial recognition to make your movie, which will pop up in the Assistant tab. Facial recognition from Google in my experience, is superior to that of Apple’s Photos. The 30-second movie Google Photos whipped up included a picture of our son–when he was a newborn.

Ready to make your own Father’s Day video with Google Photos? All you have to do is visit the link photos.google.com/fathersday and follow the simple steps.