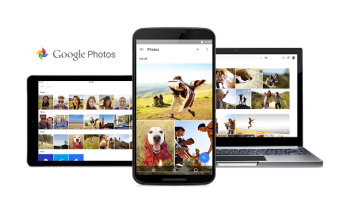 According to 9to5Google, Google Photos will be getting some Google One subscription-exclusive editing features very soon. Google Photos has seen a ton of new features and improvements over the last year, including a complete overhaul of the app that made its editor simpler and more approachable.

9to5Google‘s APK miners have discovered some new phrases in the code for the app’s latest iteration that point toward an impending addition of certain features that will only be available to Google One subscribers.

Right now, the biggest perk of the Google One subscription is additional storage space for Google Drive and other Google apps, along with a few other offerings. However, subscription-exclusive editing features in Google Photos could soon make that list. 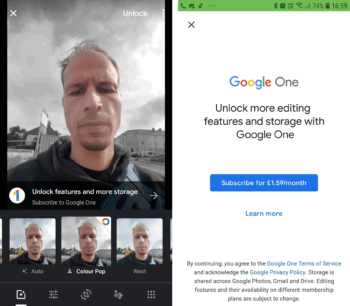 A recently surfaced screenshot and second-hand account indicated that “Colour Pop” — a popular feature in the Google Photos editor that makes the foreground of an image more vibrant and distinctive but only works on photos in portrait-orientation (as they provide pretty accurate depth information) — had become a Google One-exclusive feature.

However, Google quickly reached out to Droid Life and explained that the Colour Pop feature currently in the editor will remain free. The subscription-exclusive feature will actually be a variant of the free version capable of working on images in any orientation, presumably using machine learning.

In light of Google’s response, it is safe to assume that existing editing features in Google Photos will remain free, and Google will add new ‘premium’ features locked behind Google One’s paywall to the photo and video editor.

The exclusive features are currently being tested on a subset of users, and even the cheapest Google One subscription ($2.79 CAD/month) should get you access to them.

Samsung's annual Unpacked event is being held tomorrow, February 1st. Unveiling the latest flagship devices, including the Galaxy S23 series. It's likely that there will also be other surprises to be had. Here's how you can watch the digital live-streamed event and not miss a moment. Each year, Samsung hosts its Unpacked event and reveals...
Steve Vegvari
11 mins ago