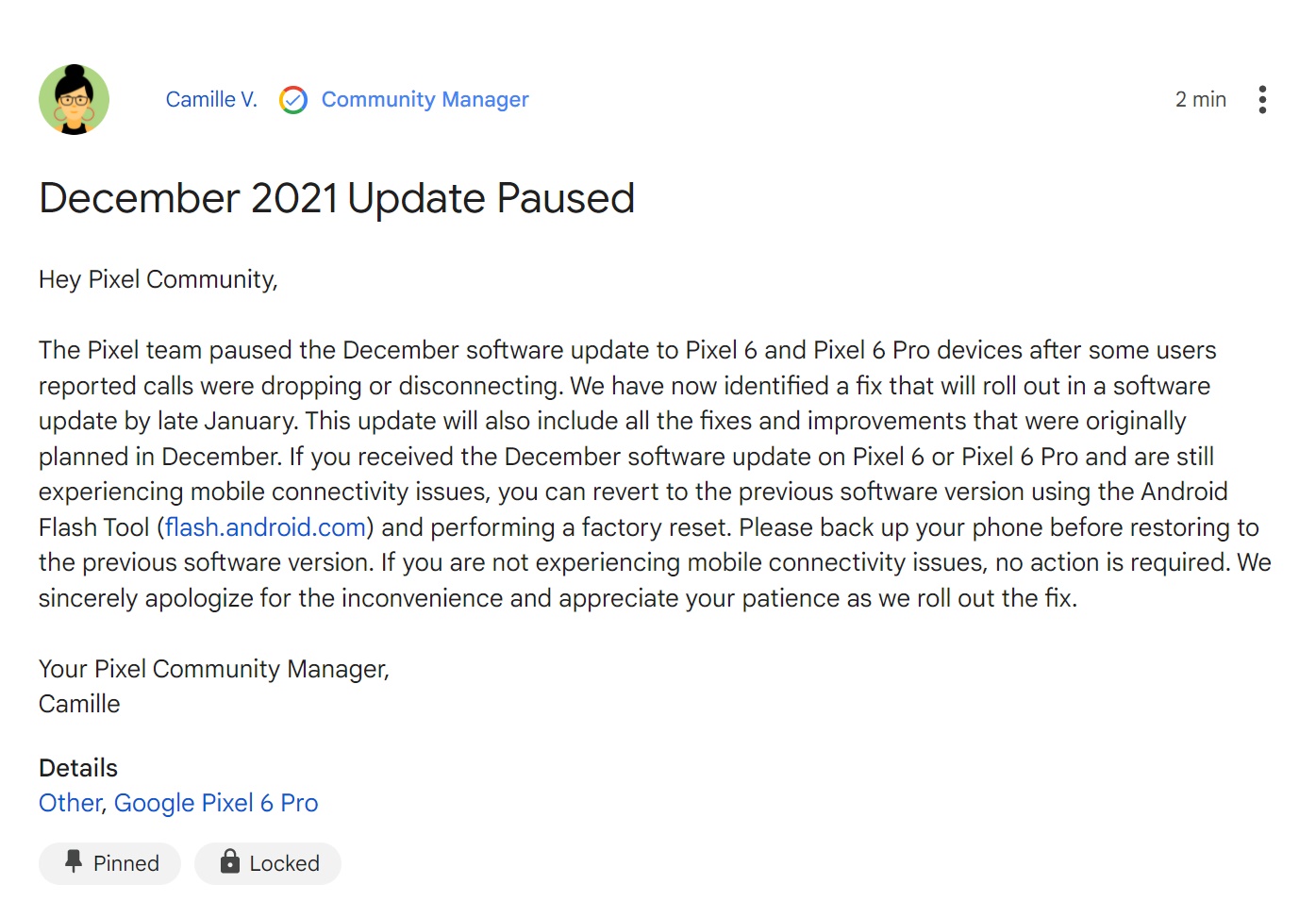 Google has stopped rolling out its December 2021 Pixel Feature Drop update after an issue that breaks cellular connectivity and causes calls to drop or disconnect was discovered on some Pixel 6 and Pixel 6 Pro devices in the early stages of the release — reports Droid Life.

The December Pixel Feature Drop update started rolling out to a variety of Google Pixel devices, from 2019’s Pixel 3a and Pixel 3a XL to the latest Pixel 6 and Pixel 6 Pro, earlier this month.

It was supposed to be the first Feature Drop update for the Pixel 6 and Pixel 6 Pro, both of which have been confirmed to get three years of Android updates, but was only delivered to a small percentage of devices before seemingly falling off the radar.

Google confirmed it has pulled the plug on the update in a Community post on Thursday, adding that a fix for the issue has been identified but won’t be deployed until a planned software update sometime in late January.

The January update will also include all of the improvements and new features Pixel 6 and 6 Pro users were supposed to get with the December Feature Drop.

Users who have already received the December 2021 Feature Drop update and are experiencing cellular connectivity issues can either wait for an update or manually roll back to an older build of Android 12 using the Android Flash Tool (flash.android.com) and performing a factory reset (which will wipe all of your data and apps, so be sure to back your device up beforehand).

If you received the update and are fortunate enough to not be experiencing any issues, no action is required and you should count yourself lucky.

It’s only been a couple of months since Google launched the Pixel 6 and Pixel 6 Pro, and pulling an update mid-release without informing users until weeks after the fact is pretty bad form for this early in the devices’ product life cycle.