Google Canada has today announced it is rolling a handful of new features and updates for its Pixel smartphone users, with the December update available to even more Pixel users. 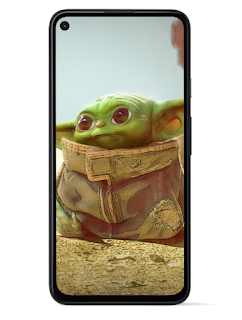 Many features launched with Pixel 5 are rolling out to Pixel 3 and newer devices, including the Extreme Battery Saver. When turned on, it lets your Pixel smartphone automatically limit some apps and only run the essentials so your battery lasts as long as possible.

Additional improvements to Adaptive Battery for Pixel 5 and Pixel 4a (5G) will help save even more power and the new Adaptive Connectivity feature will help you get the most out of your battery by automatically switching from 5G to 4G based on the apps you’re using.

Now you can personalize your home screen with new icons, grid views and app shapes, or even choose custom wallpapers of famous artworks provided by cultural institutions from around the world on Google Arts & Culture.

Plus, a special treat for Star Wars fans: Google, Disney and Lucasfilm worked together to launch “The Mandalorian” AR Experience, an augmented reality app available on Google Play for 5G Google Pixel devices and other select 5G Android phones.

All Pixel 3 and newer devices can now customize the home screen with original new Mandalorian wallpapers. For all the new Android features, hit up this link.