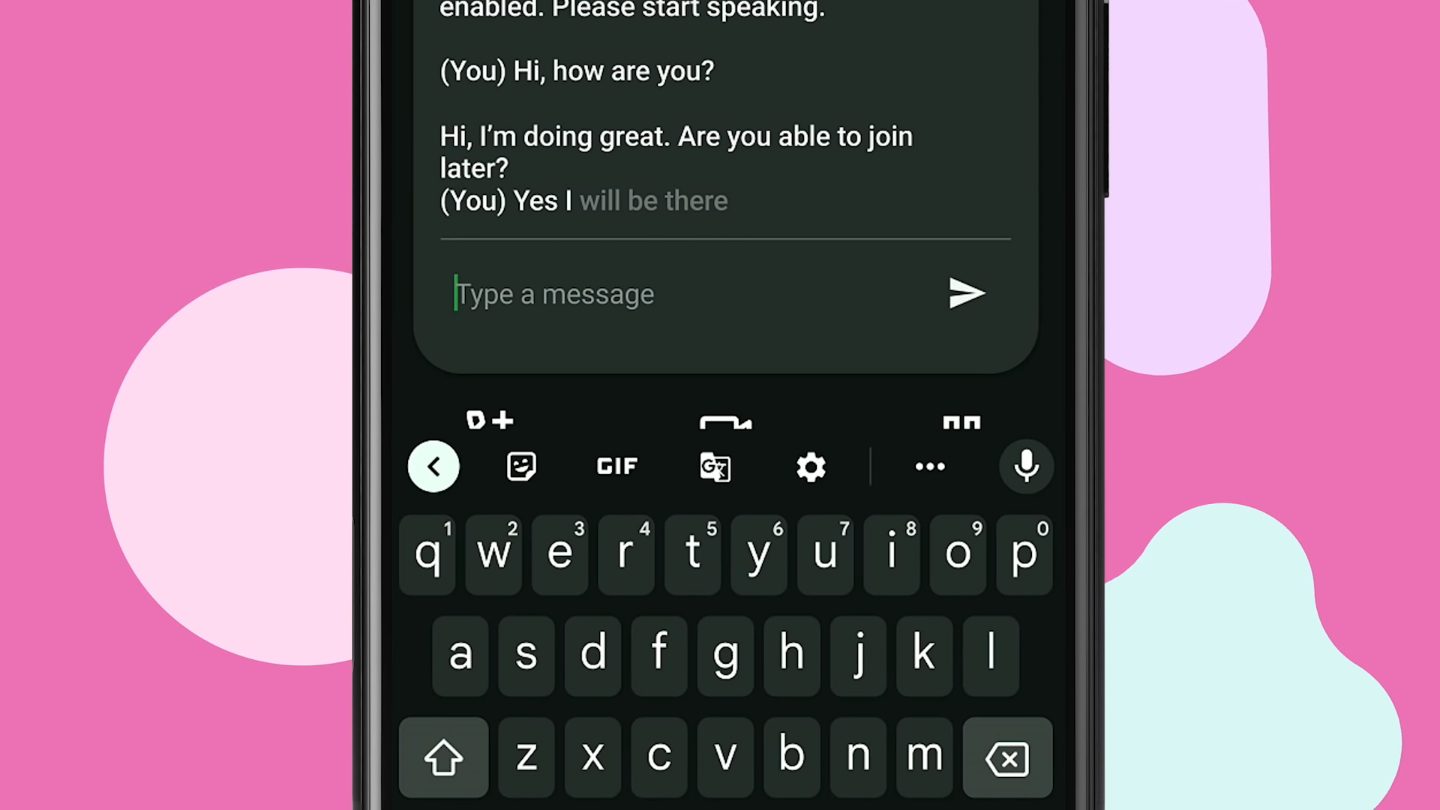 The highlight of the update is a new text-to-speech feature for calls. The feature allows users to simply type out what they want to say on a call, and the text they type will be read out loud on the other end.

Users will be able to choose from pre-written responses or create their own custom messages. The feature is an extension of Google’s Live Caption feature, which automatically captions live calls and more.

What’s more, the Pixel 6-exclusive ‘Direct My Call’ and ‘Wait Times’ features are now also available on the Pixel 3a and up. Direct My Call helps users navigate through complex phone trees when they dial a business, while Wait Times displays the projected time it will take to connect to a person on the other end when dialling a toll-free number.

Google also announced new features for Gboard, which will now offer stickers containing custom text if your language is set to U.S. English.

“A picture is worth a thousand words,” said Chris Breithaupt, a product manager at Google, in a blog post about the March 2022 Feature Drop. “When you’re typing in messaging apps, Gboard can convert your words into colorful stickers built with your exact text. With emoji, emoji kitchen and custom sticker suggestions while you type your Pixel helps you express exactly how you feel,” he added.

The update is rolling out now to devices starting from the Pixel 3a to the Pixel 5a (5G). Google’s latest flagships, the Pixel 6 and Pixel 6 Pro, will start receiving the update later this month.

The latest update marks Google’s tenth “Feature Drop” for Pixel devices, a little over two years after the first one rolled out in December 2019.