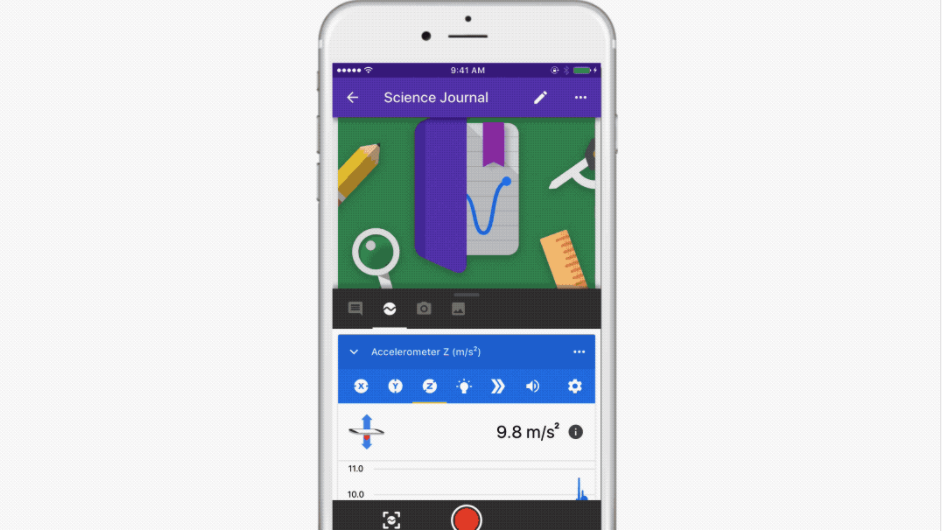 On Wednesday, Google announced that it has added note-taking abilities to Science Journal, and has made the app available on iOS as well as Android.

Science Journal is the year-old mobile app that lets anyone turn a phone into a scientific instrument. Using the app, you can access a phone’s built-in accelerometer, light meter, and other sensors to measure the world around you.

The newly redesigned app lets you add notes and photos alongside measurement data. In a blog post, Google said:

“Using the app, both kids and adults [can] measure light, sound, motion and more, right on their devices. But we heard from teachers that it would be even more useful if the app could take notes and make observations for science experiments.”

The company also said partners like the California Academy of Sciences and the New York Hall of Science have released new activities for the app. Activities include things like the “Balloon-Powered Car Challenge” and “Motion Mania: Applying Physics to Hula-Hooping.”

Google Science Journal is available as a free download from the App Store. The app requires any device running iOS 10.0 or later and contains no in-app purchases. The app is also available for Android via the Google Play Store.