Google has today added some new features to Search on the web as well as the iOS app, which help users quickly find live games and TV shows. Users will now see live TV options for MLB and NBA games in Google Search with an option to find options by searching for an individual team or game. 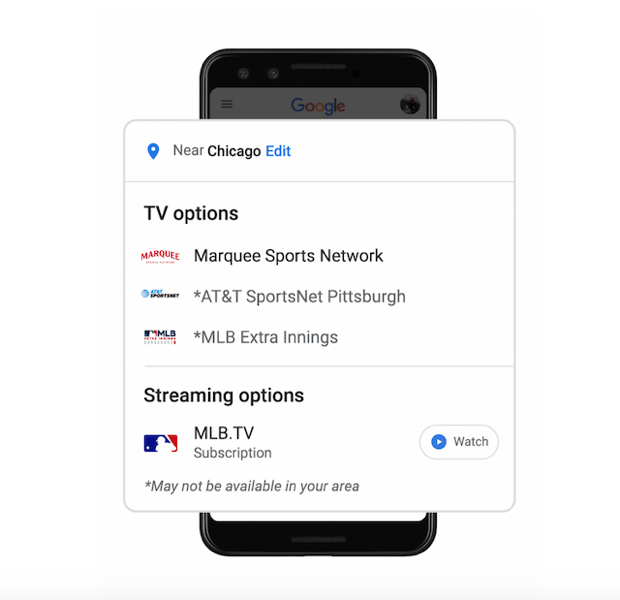 Starting today, when a user searches for “where to watch the Clippers game” or “how to watch the A’s game,” they’ll easily find information on how to tune in across a variety of services where the game may be available.

Searching for “Dodgers game” will bring up all of the usual game day features like live scores, top stories, and standings, as well as a new “Live on” button. The feature currently includes select cable and network channels in the U.S. and could soon expand to Canada and digital streaming options too.

When you search for things like “what to watch” or “good shows to watch” on mobile, you’ll now have visibility into both streaming and live TV shows. Our “On TV now” carousel shows you programming across multiple channels that’s currently airing, while “On TV later” shows you recommendations for future programming. So when it’s Sunday night and you just can’t decide what to watch before the week begins, Search is here to help.

The all-new Apple Watch Ultra officially went on sale last week, debuting the biggest change to Apple Watch yet, with the watch sporting features targeting extreme athletes. The Apple Watch Ultra has been designed to compete with the likes of Garmin, Suunto, Polar, and Coros, and boasts a suite of high-end features and improvements, including...
Usman Qureshi
33 mins ago