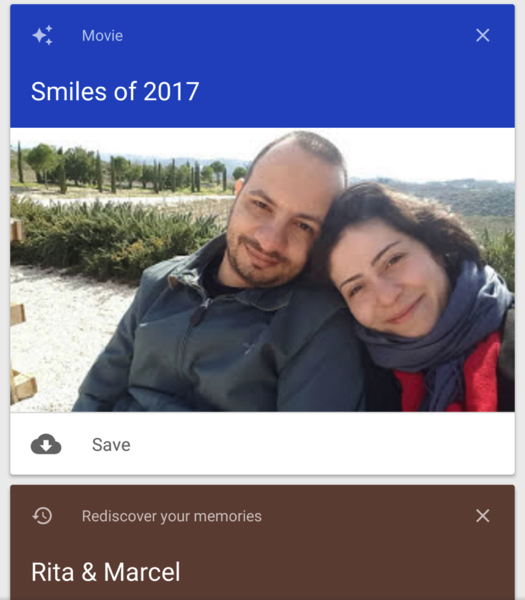 As pointed out by the folks over at Android Police, short video collages titled “Smiles of 2017” have been rolling out for a large number of Google Photos users over the last week or so, giving them a flashback at all those happy moments with their friends and family during the year.

This isn’t the first time Google has done these “Smiles” movies, either. There was one for 2016, and there have been other Assistant-based seasonal videos like the “Summer of Smiles.” Some of us got them last year, but this 2017 retrospective seems to be hitting a larger number of people.

The video clips have the same standard pool of Google Photos video music set to an animated slideshow composed of your photos from the last year of people smiling. While they are mostly between 40-60 seconds, lengths of these clips vary for each users.

If it hasn’t appeared for you yet, don’t worry since these automated creations can take some time to hit everyone. However, if you don’t have enough photos of people smiling uploaded to your Google Photos account, you might be out of luck.