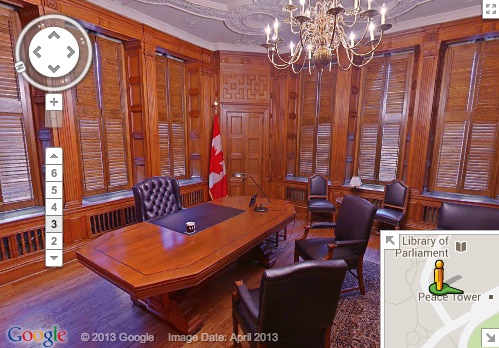 Back on Canada Day, Google unveiled new images within Google Street View to take Canadians deep inside Parliament Hill in the nation’s capital. Now, more views have been added to the service, which includes the Prime Minister’s Office and the following:

Google Street View continues to add more Canadian views constantly, with last month seeing over 70 Parks Canada locations added to the service, which can be viewed from your your iOS device using Google Maps.