With the Google Maps iOS app and the built in Google Street View feature, you can now explore over 70 Parks Canada locations to visit some of the country’s most famous and historic sites in the palm of your hands.

Google announced today the launch of these new Canadian sites within Street View, which were recorded last year. Michael White from the External Relations Branch at Parks Canada happens to lead the Agency’s collaboration with Google Maps. He explained about the details of project today:

Throughout the spring and summer of 2013, the Google Maps team traveled to over 70 Parks Canada locations across the country. Using Street View cars and the newly introduced Trekker backpack, the Google team was able to drive the roads and hike the trails that take you deep into Canada’s majestic national parks. Plus, they were able to go inside the rooms and corridors of many national historic sites. 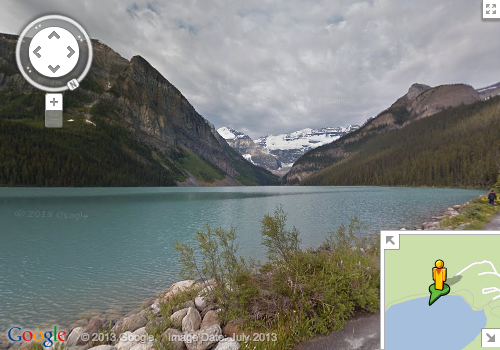 White says the first place the Google Maps team visited was the Fortress of Louisbourg National Historic Site in Nova Scotia, which celebrated its 300th anniversary of its founding this year.

This summer Google Street View added new Canadian destinations such as numerous Canadian theatres and an inside view of Parliament Hill which debuted on Canada Day.

Let us know if you’re going to do some exploring within Street View on your iPhone or iPad (or on the web)!