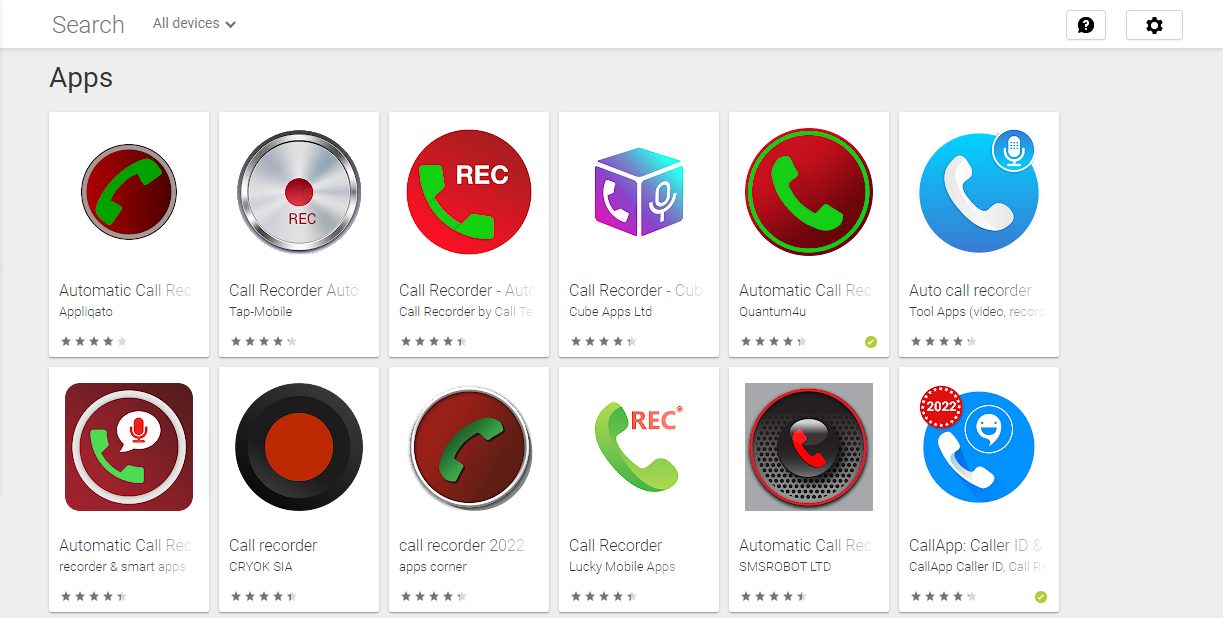 An update to Google’s Developer Programme Policy is set to block third-party call recording apps from the Play Store starting May 11 — reports 9to5Google.

On April 6, Google revamped its developer policy for the use of the Accessibility API, adding several new restrictions and stipulating that it “is not designed and cannot be requested for remote call audio recording.” 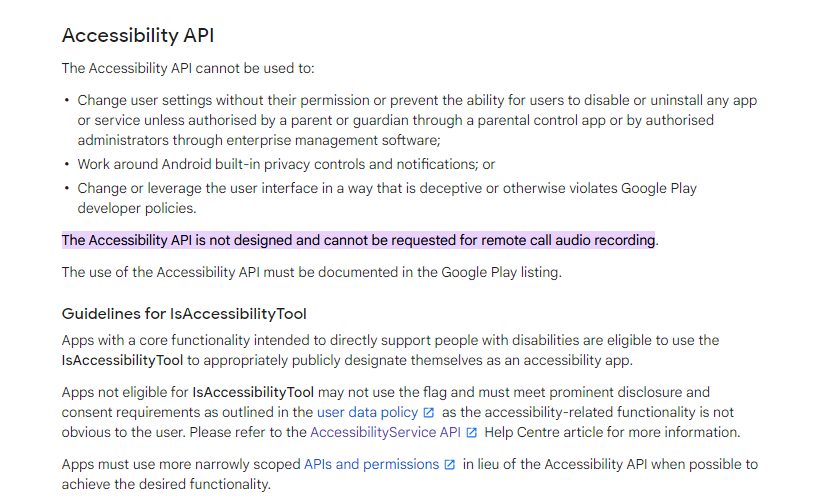 The tech giant elaborated on this policy change at a recent developer webinar. Google clarified that the change will only affect third-party apps on the Play Store that allow for call audio to be recorded without notifying the other participant or asking them for consent.

Some default dialer apps — like Google Phone on Pixel devices, which also enjoy other Pixel-exclusive calling features like robocall screening, and Mi Dialer on Xiaomi smartphones — also have call recording functionality built-in. Google is also expected to launch a new Pixel phone, the Pixel 6a, in May.

Since they come pre-loaded on specific devices, these apps don’t use the Accessibility API and will therefore remain unaffected by this policy change.

Moun Choi, content operations lead at Google, explained the change during the dedicated developer webinar: “Remote in this context refers to call audio recording where the person on the other end is unaware of the recording is taking place.”

“If the app is the default dialer on the phone and also pre-loaded, accessibility capability is not required to get access to the incoming audio stream. Hence would not be in violation,” said Choi. “Since this is a clarification to an existing policy, the new language will apply to all apps starting on May 11th.”

The policy change exclusively targets third-party call recording apps on the Play Store. If you’re using a pre-installed dialer app to record calls, you won’t lose functionality. That said, Google has not clarified whether it will remove existing apps that use this Accessibility API to record call audio from the Play Store.