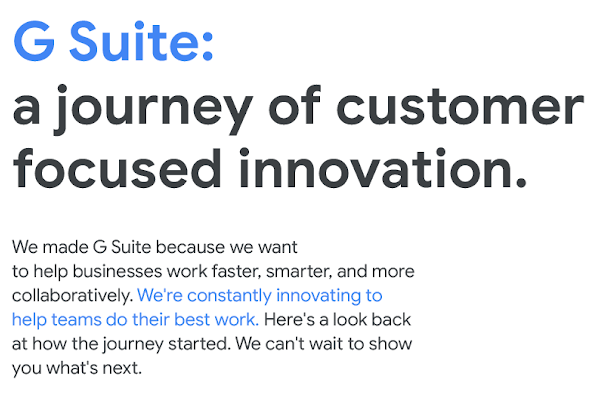 According to a corporate blog post, Google is increasing the prices for both the Basic and Business editions of its G Suite by 20%, marking the first time ever the company’s productivity suite will see a price hike since its debut over a decade ago, Business Insider reports.

“Over the last ten years, G Suite has grown to provide more tools, functionality and value to help businesses transform the way they work. The one thing that hasn’t changed over this time is price. Today, we are announcing two incremental list price updates to reflect this value.”

For customers on the Annual Plan, the new prices will go into effect the first time their plan renews on or after April 2, 2019. Google says the price changes will not impact current contracts or any renewal events prior to April 2, 2019.

The price increase also comes in the wake of a leadership change at Google Cloud, which is responsible for G Suite and the search giant’s other offerings for business. Moreover, the new $12 price for G Suite Business brings its price roughly in line with rival Microsoft’s Office 365 Business Premium plan, which currently costs $12.50.

Google's Android Security Team has discovered that several Android OEMs, most notably Samsung, LG, and MediaTek, have had their cryptographic app-signing keys leaked (via Ars Technica). Cryptographic signing keys are an integral pillar of Android security. When your phone updates an app, it checks to make sure that the signing key of the already installed app...
Nehal Malik
37 mins ago