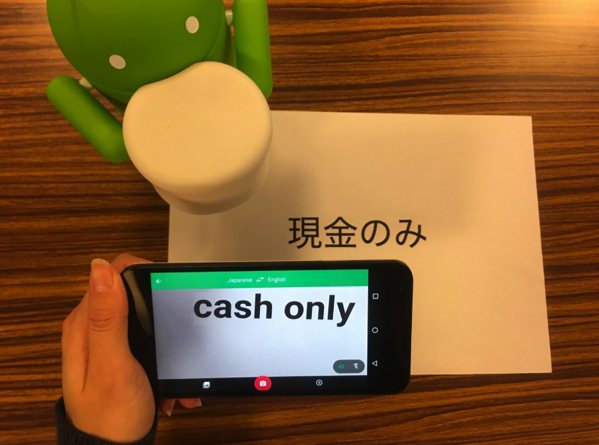 While the Google Translate app for iOS already lets you snap a photo of Japanese text and get a translation for it in English, today’s update makes it a whole lot more convenient.

With Word Lens now available in Japanese, you’ll never have to worry about taking a wrong turn on a busy Shibuya street or ordering something you wouldn’t normally eat.

With Word Lens, you just need to fire up the Translate app, point your camera at the Japanese text, and the English translations will appear overlaid on your screen—even if you don’t have an Internet or data connection. It’s every savvy traveller’s dream!

So if you want to turn your iPhone into a powerful instant translation tool for English to Japanese and vice versa, all you need to do is download the Google Translate app for free using the following App Store link: