Google Translate version 5.0 has been released for iOS users, and it now comes with offline translation for 52 languages, making it one of the best travel tools available.

Also new is Word Lens support for translation from English to/from Simplified and Traditional Chinese. Instant camera translation means you just point your camera at text, and it instantly translates. Here’s a screenshot below of our quick test, checking out Apple’s iPhone SE on their Chinese site: 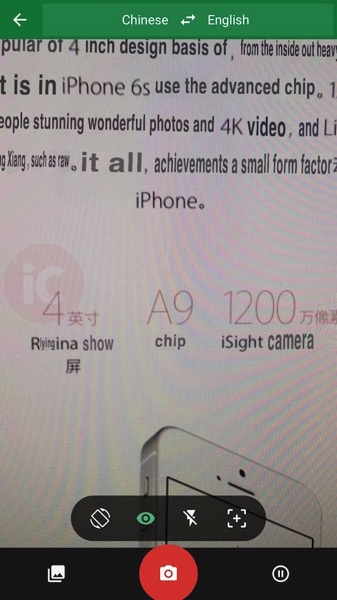 Last month, Google Translate celebrated its tenth anniversary, revealing over 100 billion words are now translated daily by its 500 million users. The company gave an example of how Google Translate “helps people make connections”, by releasing the following video showing how Syrian refugees in Canada are using the technology to help their integration into Canadian society:

Click here to download Google Translate for iOS in the App Store. There are a bunch of new additional translation files to download within the app, too, which Google says are about 25MB each to download.