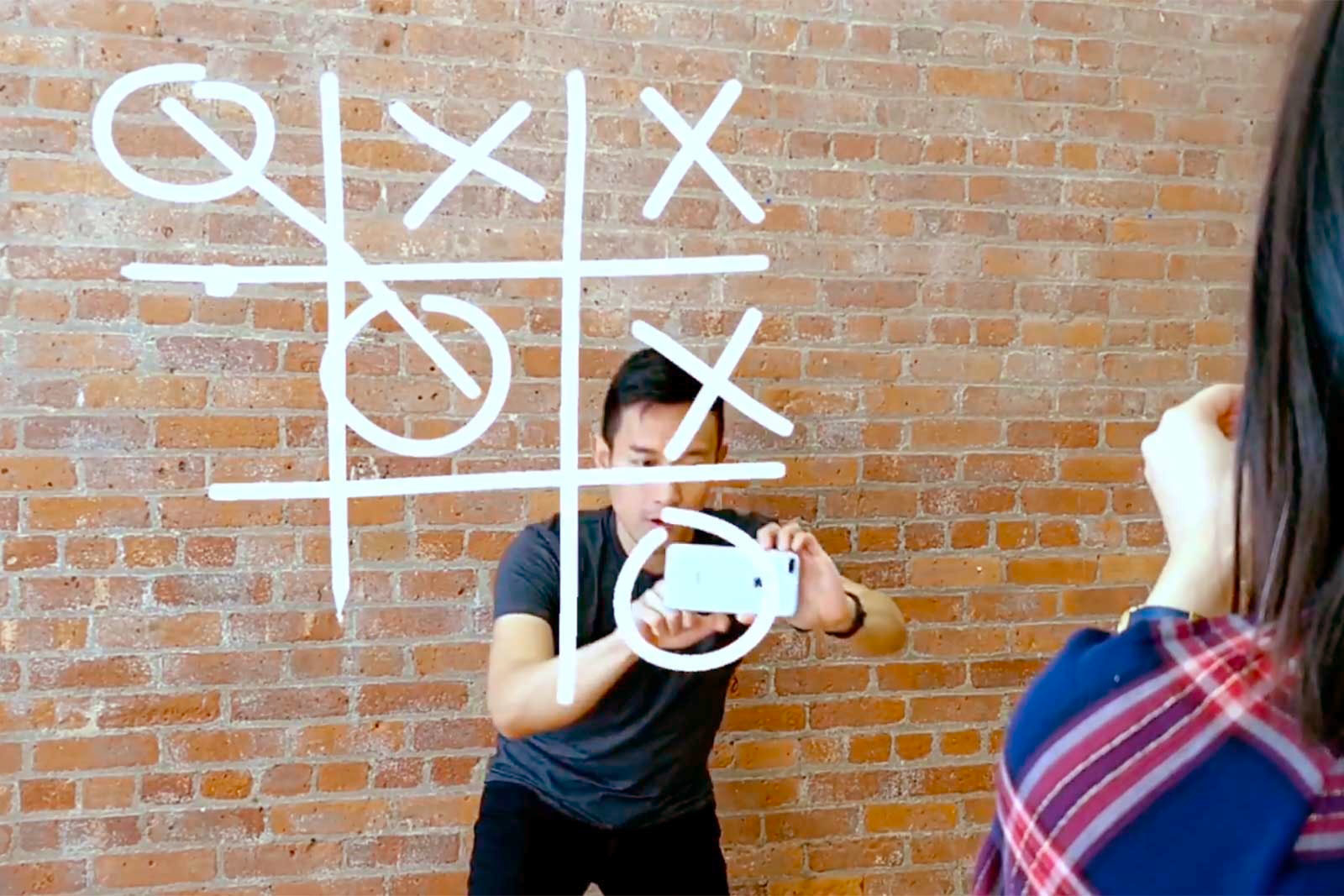 Back in March, Google released an app for Android called “Just a Line” as part of its new ARCore-enabled apps. Today, the company brought the app to iOS and introduced a new collaborative feature that let’s iOS and Android users collaborate on drawings.

The app is a super simple and fun app that lets you use the camera, point to an area where you’d like to draw, and press your finger on the screen to begin drawing. Once you are done, you can then walk around the image to see it from various angles.

In order to collaborate with another user, place both phones side-by-side and tap the partner icon. Once both devices are connected, you and your partner are able to see and edit the same drawing in real-time.

The iOS app is more than just a creative tool, it is actually a technological showcase of Google’s new ARCore Cloud Anchors, which actually makes this cross-platform collaboration work. Developers can access a number of samples that showcase how to build similar apps or incorporate this technology into existing AR apps.

Just a Line – Draw in AR is available as a free download from the App Store. The app requires any iOS device running iOS 11.3 or later and contains no in-app purchases.