An earlier rumour claiming that the existing Blue and Coral colors of the iPhone XR will be replaced by new Green and Lavender colorways in the 2019 iPhone XR models, has today been reaffirmed by Bloomberg’s Mark Gurman in a Tweet showing what appear to be shards of casing glass for the next-generation iPhone XR.

And here’s what appear to be your next-generation iPhone XR colors (lavender purple and green instead of blue and coral) as @idanbo reported earlier this week: https://t.co/KQQ6JKmZg9 pic.twitter.com/7k3WZC2ZUi

The photo allegedly shows samples of casing glass for the next-generation iPhone XR in a variety of colors, including lavender, green, white, black, and yellow.

Based on this info, the folks over at MacRumors have created renders of what the 2019 iPhone XR lineup might look like (see below).

“Our renders include a dual-lens rear camera in a square bump, as rumored for the next iPhone XR, but otherwise, the device looks similar to the current generation.” 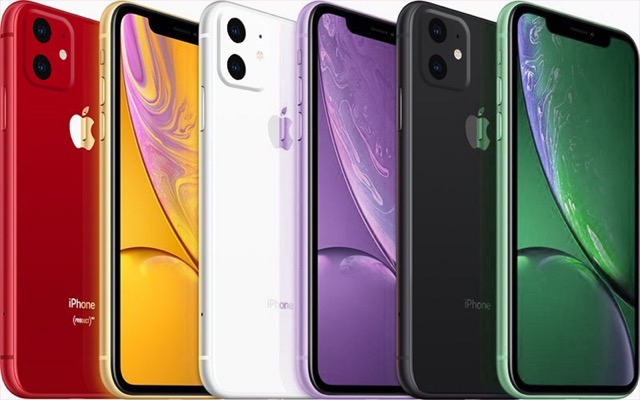 Are you guys digging the new iPhone XR colorways?