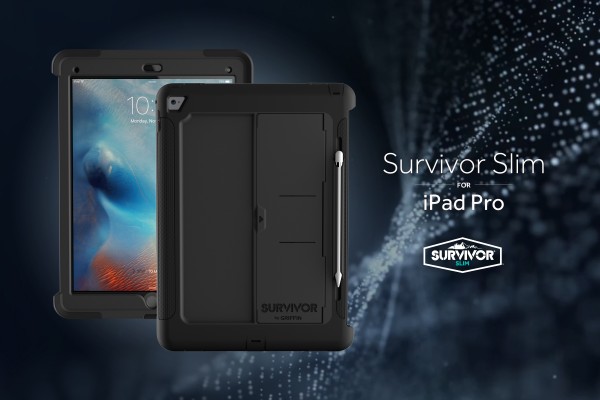 “The iPad Pro is the powerhouse of the iPad family with its 12.9” display and new A9X 64-bit processor that offers endless ways to create, play and design,” said Aaron Jones, Survivor Category Manager at Griffin Technology. “Survivor Slim is our best-selling case for business, education and everyday use. It’s the perfect companion for iPad Pro users looking to get a little more out of their device by adding sleek protection and increased functionality.”

According to the press release, the Survivor Slim is designed and tested to exceed Military Standard 810G, and withstands whatever is thrown at it with an impact-resistant polycarbonate shell dressed in premium silicone to protect the iPad Pro from drop damage. A smooth, curved exterior and non-slip texturing gives it a unique design that’s easy to grip and won’t slip off a desk or tabletop during an intense creative process or extreme gaming session 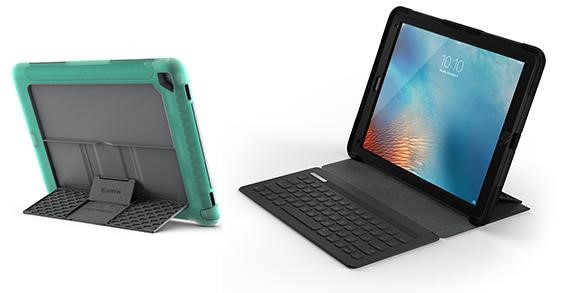 The integrated anti-scratch screen shield protects the touchscreen and Home button from scratches while keeping the sensitivity of the Multi-Touch display and Touch ID fully responsive. A storage grip on the back of the case holds Apple Pencil in place and a built-in kickstand locks into place to hold the iPad Pro at the perfect angle for viewing, drawing, typing or multitasking.

The Survivor Slim case for iPad Pro will be available later this month for $89.99.

South Korea's antitrust regulator, the Korea Fair Trade Commission (KFTC), raided Apple's headquarters in the country earlier this week over allegations that the company is charging more than its sticker 30% commission — 33%, to be exact — on purchases made through the App Store. Local media first reported the raid on Monday, with Foss Patents covering...
Nehal Malik
48 mins ago