Group FaceTime in iOS 12 was one of the most highly anticipated features of Apple’s next mobile software release, and now it appears the feature is going to be delayed, meaning it will not make the expected September release of iOS 12. 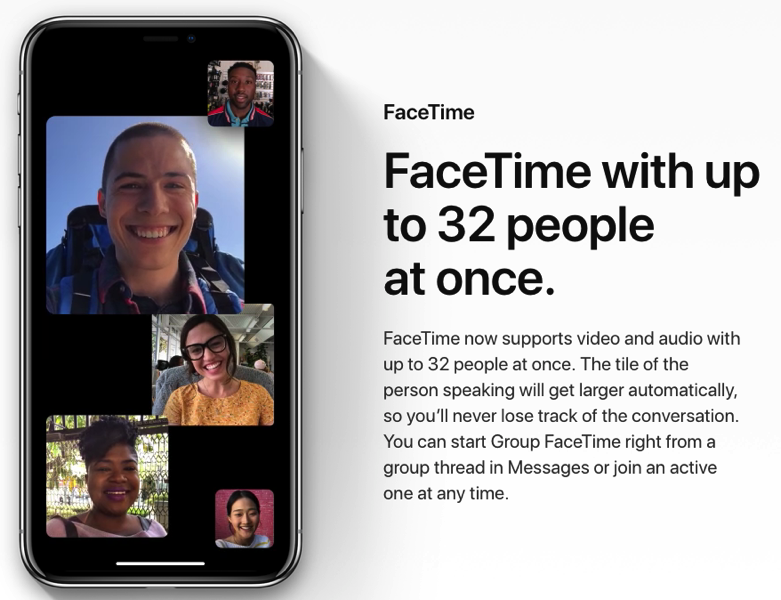 According to iOS 12 beta 7 release notes, Apple noted “Group FaceTime has been removed from the initial release of iOS 12 and will ship in a future software update later this fall.” The same goes for Group FaceTime being removed from macOS Mojave beta 7 as well.

Group FaceTime, when made available, will allow for up to 32 participates to chat over video. During a Group FaceTime call, the person speaking will see their tile get larger automatically.

The delay of Group FaceTime has people wondering again if this take its sweet time to arrive, like AirPlay 2 did. AirPlay 2 only launched in May of this year with iOS 11.4 and Messages in iCloud, which coincided with the launch of HomePod in Canada. AirPlay 2 was first announced back at WWDC 2017.

Group FaceTime must work perfectly when it is made available, so it’s probably best Apple delay the feature if it’s not working as intended out of the gates.