The relaunch of Apple Retail Stores was revealed when pictures of Australia’s iPad Smart Signs made their debut on the Internet. Today is the debut of the new Smart Signs (iPads used as signage) in Apple Stores in Canada and the USA. We took a moment to visit the Richmond Centre Apple Store to check them out.

Some interesting notes about the Smart Signs:

We’ve received word that employees have known about this upcoming makeover for a while and it was a success that leaks weren’t as widespread. Apple has the tightest secrecy over any product launches or debuts.

The decision to use iPads to replace former paper signage brings up a couple thoughts. First, it’s ingenious as users previously not interested in iPads are now being exposed to them no matter where they are in the store. That means more hands on with iPads, and more chances of being impressed by one.

Replacing paper signage means less paper is used, and it’s much easier to control all the iPads, which according to 9to5Mac are connected to a central server. With this location implementing around 80 iPads for signage, that equals over 24,000 iPads (a conservative estimate). How much more energy is being used when these iPads are ‘on’ virtually 10+ hours per day?

Apple’s plan to go paperless in stores shows the impressive capability of the iPad as more than just a device for pleasure–it’s now the central business tool for retail operations. 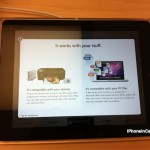 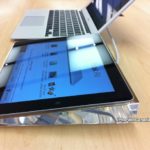 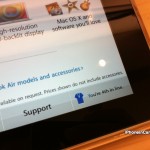 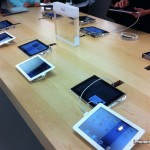 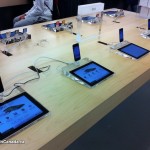 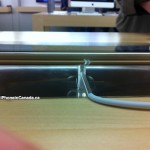 …and here’s a sentimental note about Apple’s ten years of retail: 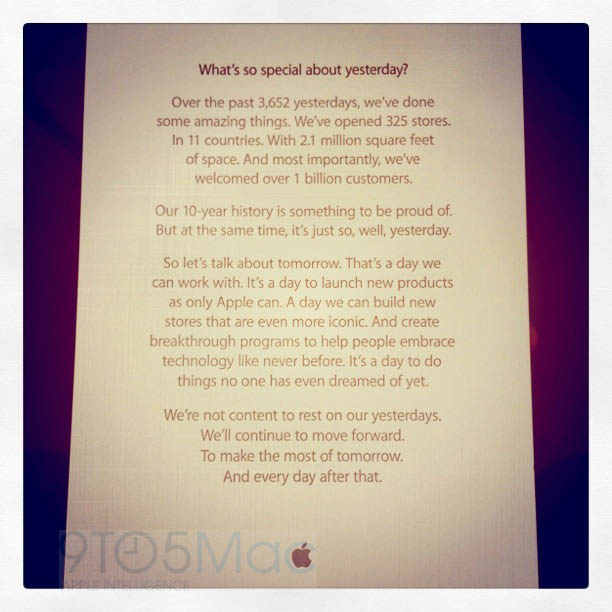 Let me know what you think of the Smart Signs!