YouTube channel EverythingApplePro may have just given us our best look yet at Apple’s upcoming new 2018 iPhone lineup, comparing high-quality dummies of the so-called “iPhone 9”, “iPhone XS” and “iPhone XS Plus”, although the video calls them differently and we have no clue how Apple will actually name the three new models. 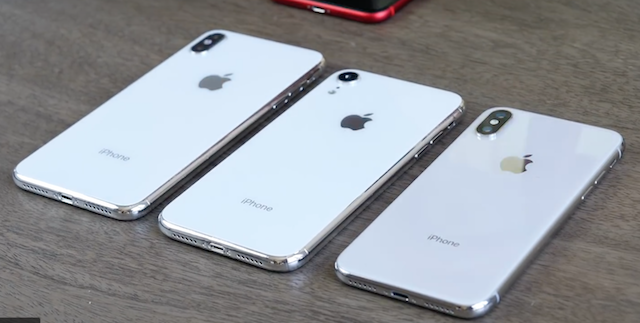 Regardless of what the YouTuber calls the three iPhones in the video, the actual designs shown in the video definitely look like the real deal. The new 6.5-inch OLED model looks just like a supersized version of the current iPhone X, and the new 6.1-inch iPhone model sports a new single-lens camera.

The 6.1-inch LCD iPhone seems to have much thicker bezels than the OLED models, albeit with an edge to edge display and Face ID, that replaces the physical home button.