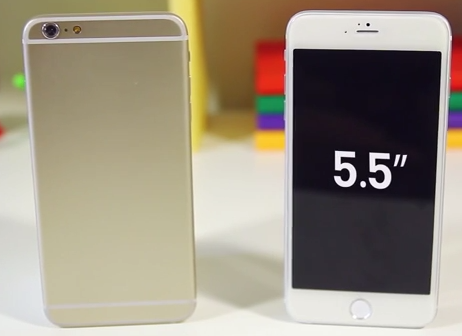 The following video goes hands-on with the 5.5-inch mockup and compares it to the 4.7-inch dummy model along with the iPhone 5s and Samsung Galaxy Note 3. The video shows off just how large the new Apple ‘phablet’ really is, if it does indeed launch this fall.

Despite being larger, Apple’s alleged iPhone 6 dummy models still appear much thinner than the Samsung Galaxy Note III, even if it is taller.