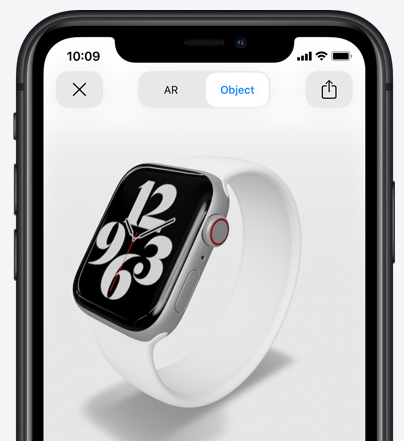 If you’re new to Apple Watch and want to go “hands-on” with the new Series 6 model and more, Apple’s website says you can do so using augmented reality.

All you need to do is visit today’s product pages on with your iPhone or iPad and you’ll be able to view Apple Watch Series 6 in AR or just as a standalone object. Scroll down on Apple’s website and you’ll see a section asking to view the new product in AR. You’ll be able to zoom in and get a better view of what the new watch looks like.

This AR feature also is available on Apple’s website for the all-new iPad Air, iPad 8 and Apple Watch SE. It’s not the first time Apple has leveraged AR for customers to view products, as we saw the same thing from Apple for its 2020 iPad Pro.

If you missed Apple’s September special event, click here to watch the replay.

Brazil's Federal District Consumer Defense Institute (Procon-DF) earlier this month confiscated hundreds of iPhones from retail stores in the nation's capital of Brasília over the lack of a charger in the box — reports Tecnoblog (via Macworld). This marks the latest escalation in Apple's ongoing conflict against Brazil over the tech giant's removal of chargers from...
Nehal Malik
29 mins ago