‘Hero4 Session’ is GoPro’s Most Amazing Action Camera Yet

GoPro has just reinvented its widely popular action camera in the form of ‘Hero4 Session’, the company’s first major redesign of its camera since the original Digital Hero which was launched in 2007. According to TechCrunch however, the next generation Hero4 is not just a re-designed camera but is rather a significant step forward for GoPro, and doesn’t even require a case to survive extreme activities.

The Hero4 Session is the smallest GoPro yet. The waterproof one and a half inch cube weighs just 2.6 ounces, which is roughly half the weight of an iPhone 6. Though the smaller size comes with certain limitations, such as lack of 4K recording and non-replaceable battery. Regardless, the Hero4 is still “the best GoPro yet”.

The source notes that after spending just a few minutes with the new camera, it becomes clear that “this is the future of GoPro”. With features like waterproofing, automatic detection of mounting orientation and automatic rotation of video, the the Hero4 Session trumps over its counterparts. Best of all, an expanded set of controls and settings on the camera can be easily accessed while using the GoPro iOS App as well. 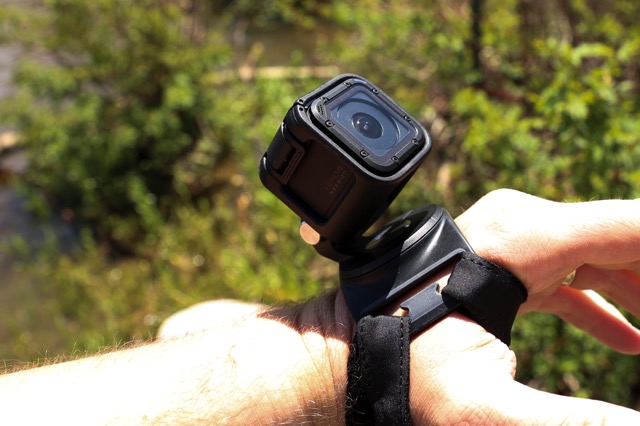 “With the waterproofing, GoPro built a new microphone system that works similarly to human ears. A membrane drains water that’s trapped on the microphones. And this happens crazy quick: Just a second or two. This means that the GoPro can pick up clear audio moments after leaving the water. There is also a rear-facing microphone, which the camera switches to when it detects high amounts of wind noise on the front microphone.

Throw it on the bottom of a car or drone or skateboard and it will record as if it was mounted right side up”.

To find out more about the performance of the Hero4 Session, check out the source article.