After a lot of drama, Apple has finally gone ahead and approved the Hey email app on the App Store. 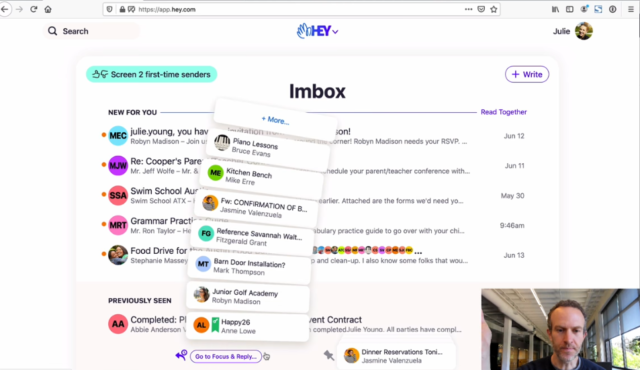 Basecamp, the makers of Hey email, said on Monday in a blog post that a minor update to its app was approved on Friday night. Basecamp previously said that Apple threatened to remove its new service from the App Store, which is the only way for most people to install Basecamp’s software on an iPhone.

In a letter last week, Apple SVP Phil Schiller suggested Hey could offer In-App Purchases as an option or add some basic functionality accessible to all users, with the login paywall unlocking the full app.

Now, according to a new report from The Verge, Hey has now added a free tier and submitted that version to Apple. With the 1.0.3 update, users would be able to try Hey for 14 days using a temporary email address. These ‘burner’ accounts reset every two weeks.

The app was approved by Apple on Friday, and the move even surprised Jason Fried, Basecamp CEO and founder of Hey. “A sincere thanks to Apple for their change of heart,” Fried wrote.

Last week, updated versions of Hey were rejected over a dispute about whether Basecamp needed to use Apple’s in-app purchase method to give iPhone users an option to subscribe to the service, of which Apple takes a 30 percent cut in the first year.

“We’ve seen David’s tweets and look forward to working with you on a path forward,” Apple’s App Review Board wrote to Basecamp last week. “This update has been approved.”

The Hey app update rejection was one of a number of developments last week that drew attention to App Store rules, which some developers say hurt consumers and software makers. Government officials in the U.S. and Europe are also closely scrutinizing Apple’s app store for anti-competitive behavior.