Hilton Hotels Will Soon Allow Your iPhone to Unlock Rooms

Hilton is targeting younger clients with smartphones with a new technology intended for its 4,200 properties across the globe: guests will be able to use their iPhones to check in, choose rooms, and unlock doors.

The check-in isn’t a new feature: guests can already use their tablet or smartphone to check in and out at all of Hilton hotels in the US, but the company plans to add other new features such as being able to see the location and select their room using their smartphone. 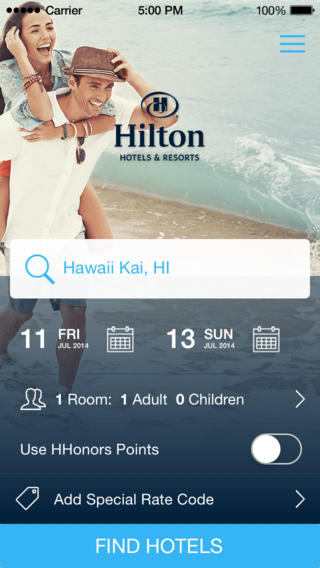 Next year the company plans to allow guests to unlock the doors of their hotel room with their phone instead of waiting at the front desk to pick up a key. Although this seems to be US-only for next year, all the company’s hotels worldwide will have this feature within two years.

Hilton joins the line of hotel chains offering such customized features. As the Wall Street Journal points out, Starwood is already testing mobile-phone room keys at two of its Aloft brand hotels, and will roll out this feature by the end of 2015.

Technology investments have a cost, though: Hilton says it has invested about $550 million since 2007 to roll out features for mobile devices.