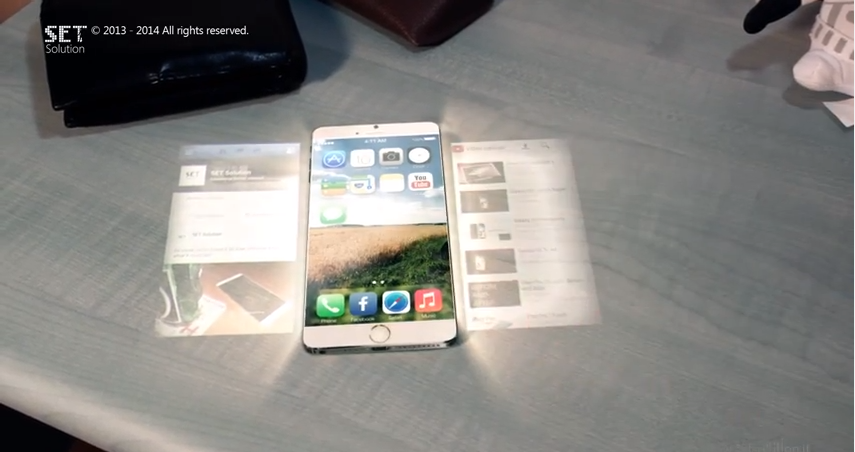 SET Solutions has released a new holographic iPhone 6 concept video, which has been titled ‘The Dream’. The concept device is able to project images to the side or above the device, allowing for advanced multitasking capabilities.

“In this video we’ve tried to imagine some futuristic features, such as holograms, interactive screen, a new way to unlock the iPhone… Maybe we could found them in the new iPhone 6, maybe not… but one thing is for sure: dreaming is fantastic and makes life more beautiful!”

Concept makers have imagined iPhones with pico projectors since, at least, 2011. Earliest concepts showed how a projector could be used to allow users to type on a virtual keyboard. Yesterday, designer Sam Beckett released a concept showing how an ‘iPhone Air‘ may look.

Sony is diving back into the virtual reality well with PS VR2 and I for one have been eagerly awaiting this new generation. The original PSVR showed a lot of promise but was held back slightly due to over-encumbering setup solutions and archaic accessories. PS VR2 feels like a fresh start not only for Sony...
Steve Vegvari
2 mins ago