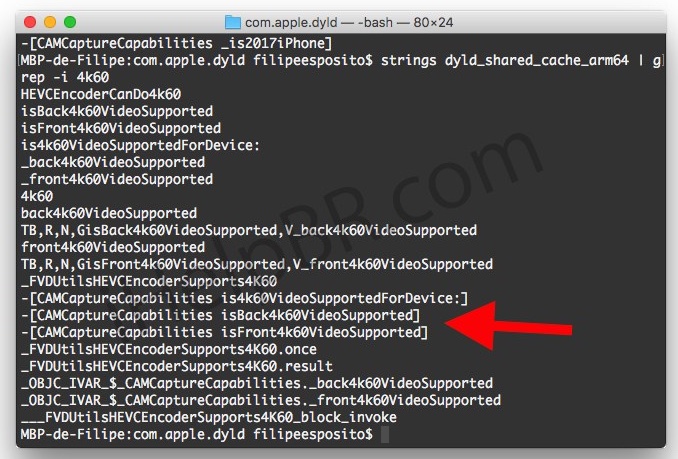 Over the past week, we have been learning a lot about the upcoming iPhone 8 thanks to an accidental leak of HomePod firmware. The latest report suggests that both the front and rear-facing cameras on the iPhone 8 will support 4K video recording at 60 frames per second.

References to the function appear in a block of code related to HEVC, or H.265, encoding, a next-generation video codec that will be supported by certain devices in the final versions of iOS 11 and macOS High Sierra. These new encoding and decoding algorithms allow higher compression rate, translating to smaller file sizes, while keeping the same video quality.

Apple is expected to unveil the next-generation iPhone this fall, with features such as an edge-to-edge OLED display, 3D-sensing camera hardware, wireless charging, and more.