The Apple speaker will soon support phone calls via personal requests directly, as shown in iOS 12 beta 5, which was released yesterday for developers:

The personal requests setup UI for HomePod now includes a fourth icon, for the Phone app (the icon is blank in the screenshot because that app is not available in the simulator, where we’ve been able to activate this new UI). On the same screen, it describes some of the personal requests you can make to HomePod: “…add reminders, create notes, make phone calls, and more”. 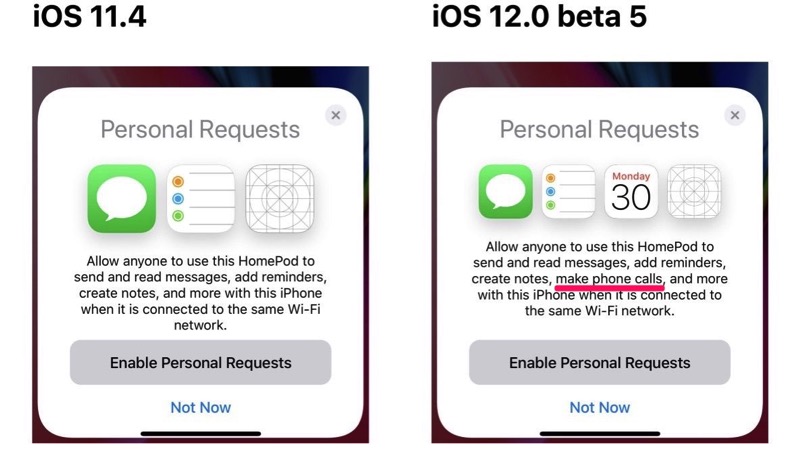 Previously, to make a phone call with HomePod, the call had to be initiated on iPhone, then HomePod selected as an audio source. Now, it appears you can just start a call by asking Siri on the HomePod.

A previous beta discovery also revealed HomePod was set to get Calendar support, which was released in iOS 11.4.

As for other discoveries in iOS 12 beta 5? New code suggests future iPhone models could debut with dual-SIM support, which would be a boon for travellers, allowing them to easily switch between carrier networks.