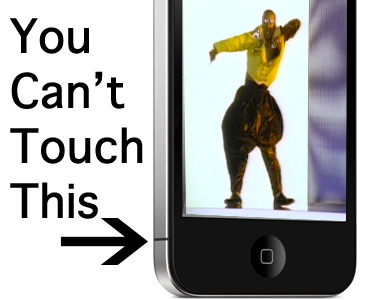 Appleâ€™s philosophy, then, is not to release a vague statement and then stall while the company figures things out. Instead, the company prefers to remain silent until it can offer a thorough explanation and announce a solution. In both cases, the company also used its response to rope in its competitors, explaining that the issues involved were industry-wide, not limited just to Apple.

Letâ€™s also keep in mind that Appleâ€™s a proud company that prefers to keep technical details hidden from consumers and describe its products as â€œmagical.â€ Thereâ€™s a carefully cultivated mystique that is definitely part of Appleâ€™s secret sauce. Having company executives declare in public that theyâ€™re not quite sure whatâ€™s going on, but by gum theyâ€™re going to get to the bottom of it, would work counter to that image.

Apple has mastered the art of dealing with the media, unlike these guys:

Apple and Facebook could have become business partners in what would have been an extremely lucrative advertising venture — reports The Wall Street Journal. According to the publication, Apple proposed several ad revenue-sharing arrangements to Facebook over the years. Apple execs reportedly said they wanted to "build businesses together." The two tech giants even discussed...
Nehal Malik
10 hours ago

Dropbox support has just confirmed that a public beta with full support for macOS will be released in Q4 this year, making the desktop app fully compatible with macOS 12.3 (Monterey). Dropbox users on macOS 12.3 see a compatibility warning about the Dropbox system extension, which results in users being unable to open online-only files stored...
Usman Qureshi
10 hours ago

WhatsApp has simplified the process of setting up Disappearing Messages by allowing users to set default Disappearing Messages for new and existing chats all at once. Users can now choose their duration timer and then select and apply it to whichever chats they want. For those who aren’t familiar, WhatsApp lets you send messages that disappear...
Usman Qureshi
10 hours ago