According to an AppleInsider article inspired by people who’s photos have been featured in Apple’s “Shot on iPhone 6” campaign, Apple spots great photos from a number of sources, including Flickr’s feed of images captured with iPhones, and then features them on billboards, in commercials and also uses them as wallpapers for iOS and OS X. 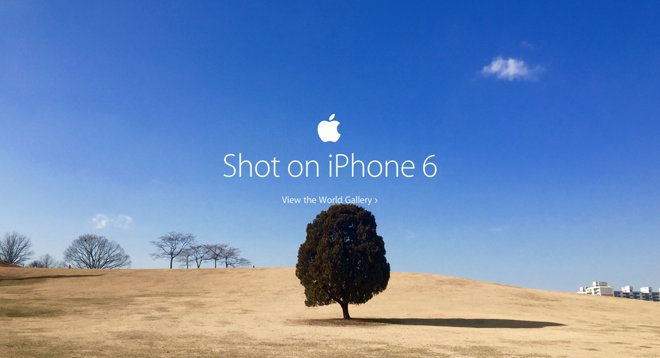 The source notes that Apple monitors other image sharing sites like Google Photos as well, and has also been known to contact photographers directly after having found a picture on their portfolio site. “(Apple) contacted me about my photos of Yosemite before the reveal of OS X Yosemite,” Reddit user LostConstruct wrote in one thread. “I was in talks with them for quite a bit but ultimately they didn’t go with them. :(” he added.

Similarly, photographer Brandon O Se, whose black-and-white photo of people walking through Copenhagen’s Superkilen Park is widely featured in Apple’s “Shot on iPhone 6” campaign, said that he was contacted by an Apple representative after his shot became popular on Flickr.

“Then out of the blue in December I got a Flickr mail from a person who had zero photos asking me to contact them about a research project. I ignored it. It was spam. But when the person sent the mail again urging me to be swift in response, I replied. Details were sketchy. There might be interest in my photo, would I be interested? Ehm…OK,” he wrote.

“Then to my amazement I saw the name Apple and I was definitely interested.”

O Se also said that Apple compensated him for rights to the work, and even called to let him know in which cities his photo would be featured.