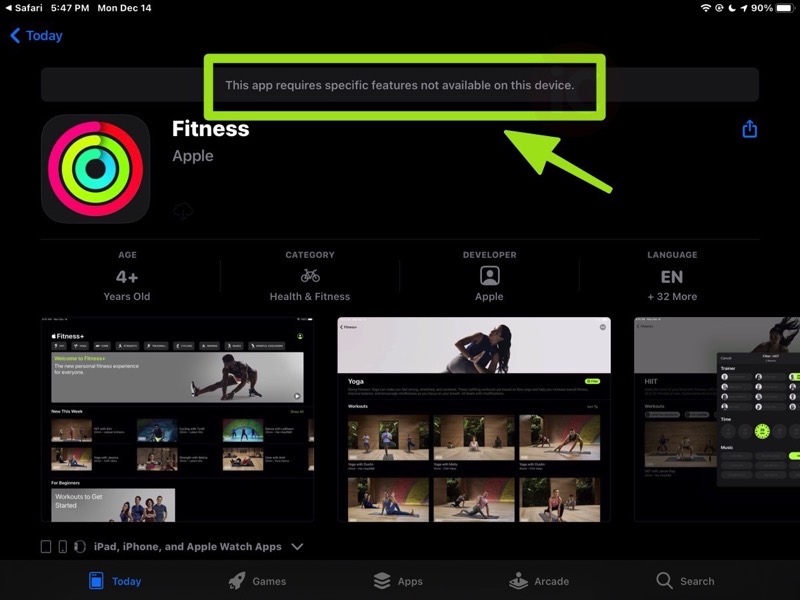 Earlier today Apple launched its Fitness+ service which comes with a Fitness app for iPhone, Apple Watch and Apple TV.

For iPad users, Apple oddly required users to download Fitness+ themselves from the App Store, instead of including it with the iPadOS 14.3 update.

Users trying to download Fitness for iPad were seeing an error message, “This app requires specific features not available on this device”. There’s also no link to tap download for the Fitness app.

Hey Gary Apple just enabled the fitness+ app for iPad. Half hour ago. People that can’t see it on iOS 14.3 can now download it to their iPad. FYI.

It appears this evening Apple has flicked the switch for the Fitness iPad app and it is now available to download from the App Store.

To fix the “This app requires specific features not available on this device” error message, reboot your iPad and try your Fitness app download again. It should work because that just fixed it for us.