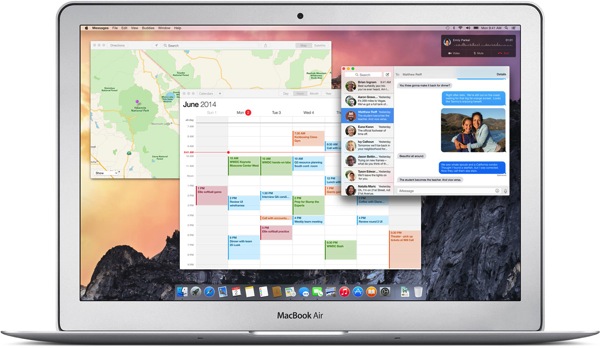 In addition to all the changes Apple has made with Mac OS X Yosemite, there are a few subtle changes that make a huge difference.

In Yosemite, the green maximize button on the top left-hand side of any window now defaults to opening the application in full screen mode. In older version of OS X, the maximize button would expand the window to a larger size.

If you would like to use the maximize button’s old behaviour in Yosemite you have two choices. The first is to hold down the Option key before you press the button. You will notice that the button changes back to a plus (+) icon, which is how it appeared in older version of OS X.

Another option is to double-click the window titlebar. This will also maximize the screen without taking the application into full screen mode.

Yosemite brings a new Notification Center, giving users more information and adding the ability to install widgets. Spotlight has also been redesigned with a user interface that appears front and centre, and the app now searches multiple sources like the App Store, iTunes Store, Maps, and Wikipedia.

The most interesting features of Yosemite are continuity and handoff. Users can now receive calls and send SMS messages directly from their Mac. If you start an email on your iPhone you can now pick up right where you left off on your Mac and vice versa.

Apple released OS X Yosemite on October 16 and it is available as a free download from the Mac App Store. The latest update brings an all-new design and is compatible with all Macs that were able to run Mountain Lion (10.8) and Mavericks (10.9).