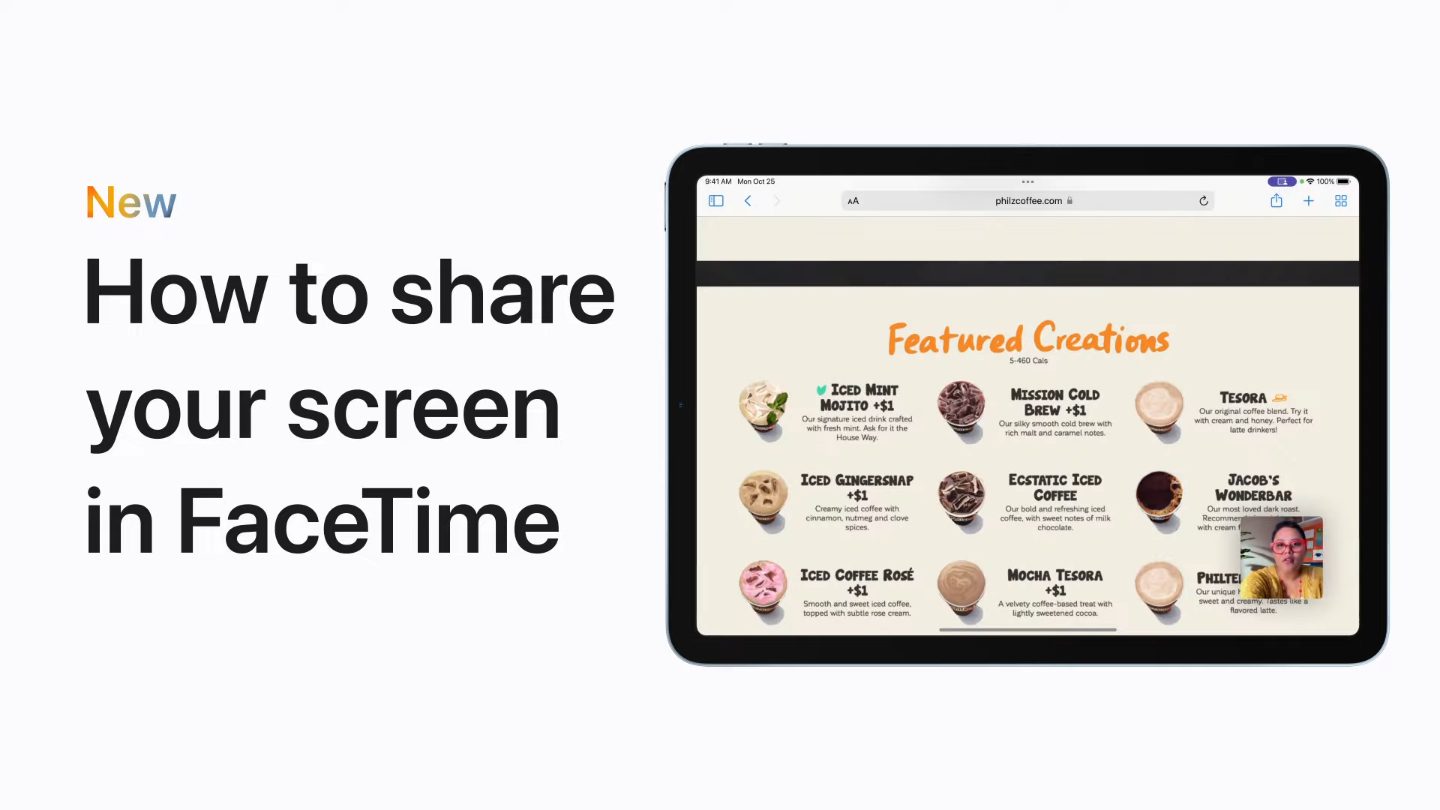 Apple recently published a new video tutorial on its Apple Support YouTube channel, outlining how you can share your screen with all of the participants in a FaceTime call on iOS 15 and iPadOS 15.

iOS 15.1 and iPadOS 15.1, which launched Monday, bring a new screen sharing feature to FaceTime — something that has become a hallmark of communication apps in the pandemic era.

To make sure everyone you’re talking to sees what you see, start or join a FaceTime call, and:

“Your entire screen is visible during screen sharing,” warns Apple. Notifications are temporarily muted by default when you start sharing your screen.

When you’re ready to stop sharing your screen, switch back to your FaceTime call, tap on the screen to bring up the controls, and tap on the Share Screen button once again.

Check out Apple’s complete video tutorial on the subject above.