In a new Apple Support video on YouTube, the company has explained how can set up Back Tap on your iPhone running iOS 14 or higher to perform an action when you double-tap or triple-tap the back of your device. 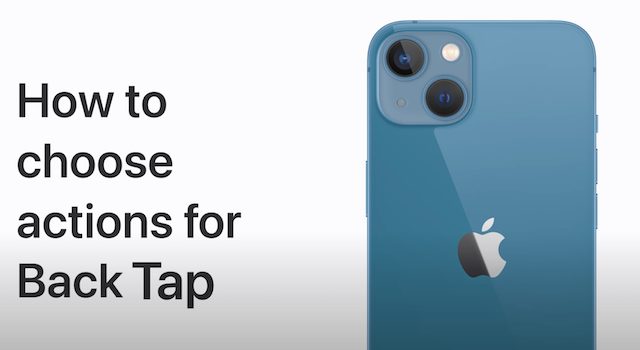 You can use the Back Tap feature in iOS to open Control Center, take a screenshot, or even trigger accessibility-specific actions to quickly access features like AssistiveTouch, Siri Shortcuts, Magnifier, Reachability, and VoiceOver.

To turn on Back Tap on your iPhone, follow these steps: