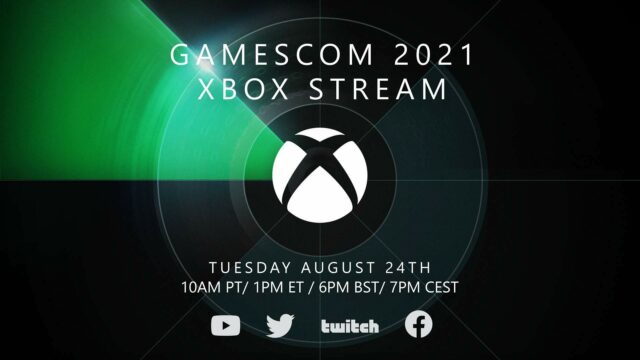 Microsoft will be holding its Gamescom 2021 Xbox Stream today, August 24. The stream will cover upcoming games slated for the fall and holiday season, giving us new looks at some of the highly anticipated games on the horizon.

The Xbox Stream has been announced to have a run time of 90 minutes, according to Microsoft. Kicking off at 1 PM ET/ 10 AM PT, the all-digital event will be hosted by Parris Lilly and Kate Yeager. In terms of what to expect, Microsoft has already teased that the Xbox Steam will be “packed with updates on some of the biggest games coming to Xbox, upcoming releases on Xbox Game Pass, and more.”

Although players will surely jump to the hopes that Microsoft will begin teasing games that are further out like Arkane Studios’ Redfall or Playground Games’ Fable, expectations should be tempered. Xbox’s Aaron Greenburg published a tweet stating that the event is “focused on game updates coming this year” and not to expect “new game reveals or major surprises.”

Join us digitally @gamescom this year. Our @Xbox stream is focused on game updates coming this year. So to set expectations, no new reveals or major surprises, but team has a fun stream planned with our amazing hosts @vicious696 @kateyeager ! More here:https://t.co/FbkM1p7Ok3

With that said, it’s likely that Microsoft will concentrate on its tentpole titles scheduled for the fall and holiday. The two biggest games due for arrival this year are Forza Horizon 5 and Halo Infinite. Given that we’ve already seen extensive gameplay from Forza Horizon 5, we may be treated to a look at a few new environments or game modes.

Microsoft has kept Halo Infinite a bit closer to the chest, however. The first Tech Preview was largely a success for 343 Industries. However, recently the studio announced that the co-op campaign and the Forge mode would not be available at launch. Additionally, Halo Infinite still doesn’t have a firm release date. I expect that to change at the event and perhaps come alongside a deeper look at the game’s campaign.

Beyond that, titles like The Gunk, Scorn, Among Us and Fall Guys could potentially appear during the Xbox Stream as they are all slated for release sometime during 2021.

We won’t have long to wait until we know for certain. The Xbox Stream can be viewed by tuning into the official Xbox channels, including Twitch, YouTube, Facebook, and Twitter. The show will be livestreamed in 1080p @ 60FPS, with 4K @ 60FPS trailers available following the show.

Spotify is launching a new Home experience that includes feeds for both Music and Podcasts & Shows, making it easier for listeners to scroll through the type of content they’re looking for. The updated Spotify home screen will make the experience more personalized while allowing users to dig even deeper into their recommendations. In the...
Usman Qureshi
20 hours ago