Huawei CEO Reveals His Family Members Use iPhones and MacBooks

During a press conference held at his company’s Shenzhen headquarters earlier this week, Huawei founder and CEO Ren Zhengfei revealed that his family members use Apple products, including iPhones and MacBooks, and also buy them as gifts for him when they travel, Beijing News is reporting (via The Epoch Times). 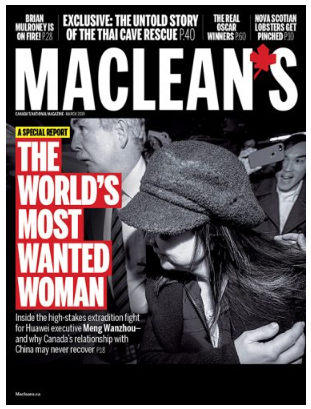 “Many of my family members tell me that Apple’s ecosystem is better than ours,” Mr. Zhengfei added. Ren’s daughter and Huawei CFO, Meng Wanzhou, was also found carrying an iPhone 7 Plus and a MacBook Air when she was arrested at the request of U.S. authorities at a Vancouver airport in December last year.

U.S. President Donald Trump has recently issued orders to effectively ban U.S. firms from doing business with the Chinese company. Mr. Ren has, however, downplayed its impact saying that Trump’s move was not entirely unexpected and that the company had contingency measures in case it is cut off from U.S. suppliers.

Meanwhile, his daughter Meng, who is currently out on bail in Canada, is fighting extradition to the United States where she is indicted on charges of fraud in connection with violating U.S. sanctions against Iran.