Ever since Apple’s deal with GT Advanced reached the media, the blogosphere was talking about the iPhone 6 with the scratch-resistant sapphire glass, that it will be the first handset to be equipped with such an outstanding feature. As it turns out, the competition much faster: Huawei officially announced the first 4G smartphone with sapphire cover, the Sapphire Ascend P7, the company has confirmed to iPhone in Canada in an email. 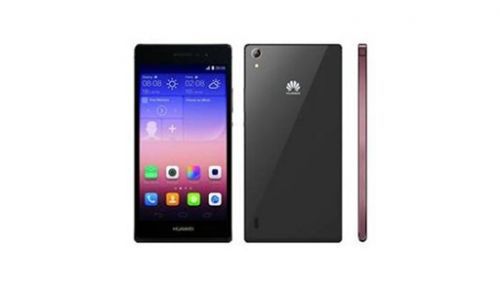 Earlier this month, Huawei device chairman Yu Chengdong had leaked that the manufacturer is working on an Ascend P7 successor – showing off a P7 variant prototype equipped with sapphire display.

Huawei’s decision is quite interesting, especially in the light of rumours of Apple skipping sapphire glass for the iPhone this year. Largely due to production issues that push manufacturing costs high. You may recall that Apple invested $578 million in GT Advanced, and joined forces with the company to make cheap sapphire displays for smartphone a reality. The first smartphone with such display was said to have been the iPhone 6.

The competition, however, geared up and benefitted from the buzz around sapphire glass to announce their sapphire glass smartphones. Kyocera stated its intention, but only to tantalize buyers about the upcoming device. Instead, Huawei was the first one to make this move by officially announcing their device, which makes us think that sapphire glass may yet become a reality with the iPhone 6.

The sapphire version Ascend P7 will be available in China in early September via Huawei’s online store vmall.com. There is no pricing info available as yet (price is yet to be decided).