Huawei unveiled its new flagship smartphone, the Mate 30, in Germany on Thursday. 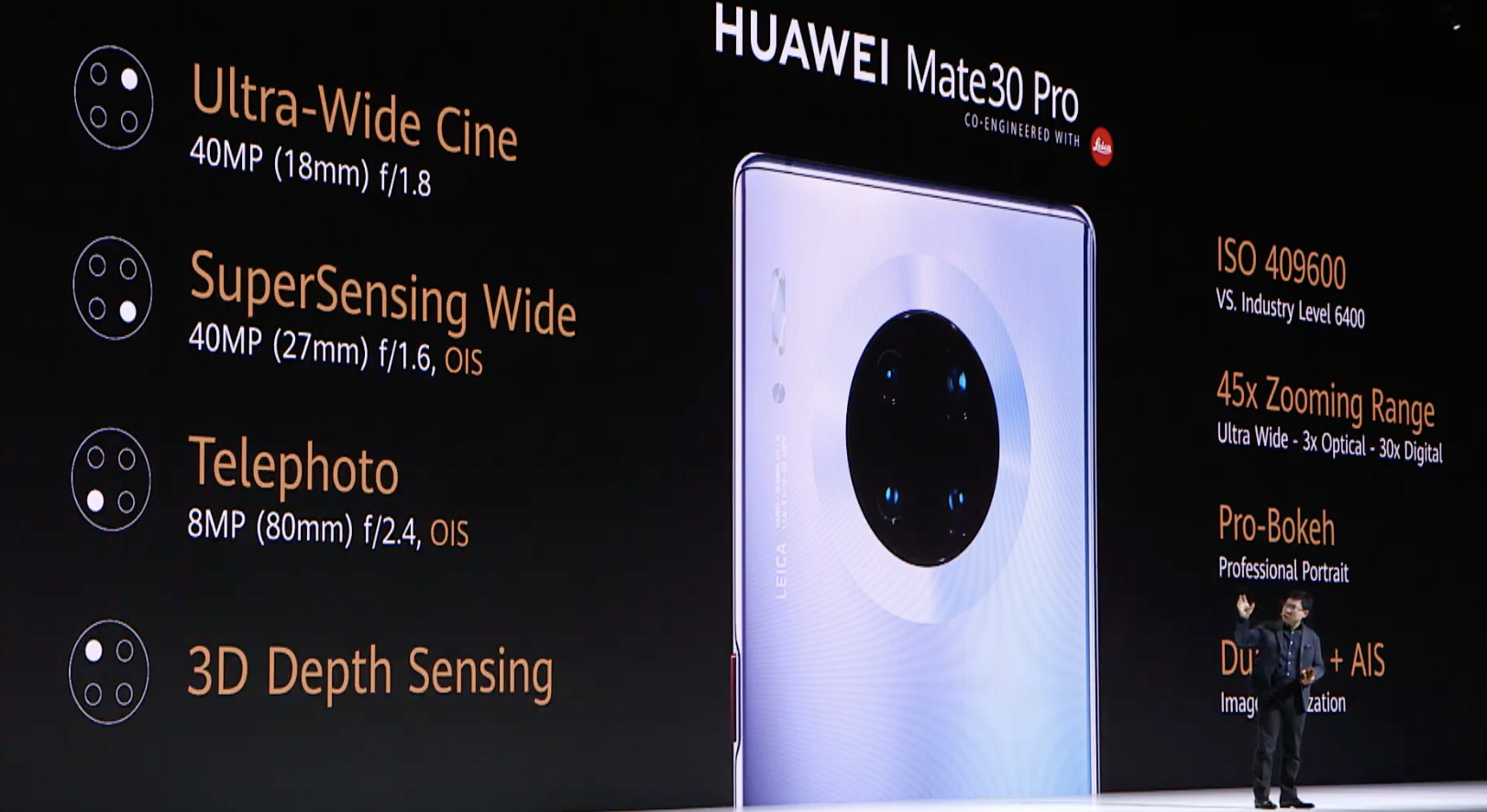 At an event held in Munich, Germany, the Chinese smartphone maker introduced its newest flagship to the global market: the Mate 30 and Mate 30 Pro, both of which build on the success of P30 Pro and Mate 20 series, reads a new report from 9to5Google.

The handsets are both technically impressive, especially the Mate 30 Pro, which boasts a quad-lens camera system with a 40 MP primary sensor, an edge-to-edge “horizon” display with elegantly curved sides, and the Kirin 990 5G SoC.

The big news, however, is that the Mate 30 series utilizes the open-source version of Android.

The Mate 30 phones will still function like Androids. What they won’t have, though, is Google services or apps. No Google Maps, no Google Chrome and, most importantly, no Google Play Store.

Google typically licenses the latest version of Android, currently Android Q, for phone manufacturers to use. The Mate 30 phones will instead be powered by open-source Android and run EMUI 10, Huawei’s user interface that approximates Google’s Android Q.

U.S. officials placed Huawei on a so-called entity list in May that required American companies to get special licenses to sell their technology to the Chinese firm. The U.S. gave a temporary reprieve to Huawei in August, extending its ability to buy from American firms until mid-November. But a Google spokesperson told Reuters last month the reprieve does not apply to new products like the Mate 30.

Tapbots, creators of the award-winning Tweetbot for Twitter, have just released their new 'Ivory’ app for Mastodon, which is now available to download for iPhone and iPad. "We obsess over every detail and put good design and experience first,” note the developers. " If you liked Tweetbot, you’ll love Ivory!" The app offers a gorgeous visual...
Usman Qureshi
14 hours ago

In a little over 2 years, the U.S. Department of Justice has filed its second antitrust lawsuit against Google, this time targeting the search engine giant's advertising business (via CNBC). The new lawsuit is focused on the company’s online advertising business and seeks to make Google divest parts of the business. This antitrust suit, the news of...
Usman Qureshi
14 hours ago