Apple has partnered with the American Red Cross and started accepting donations through the U.S. iTunes Store for Hurricane Harvey relief efforts, reads a new report from The Verge. 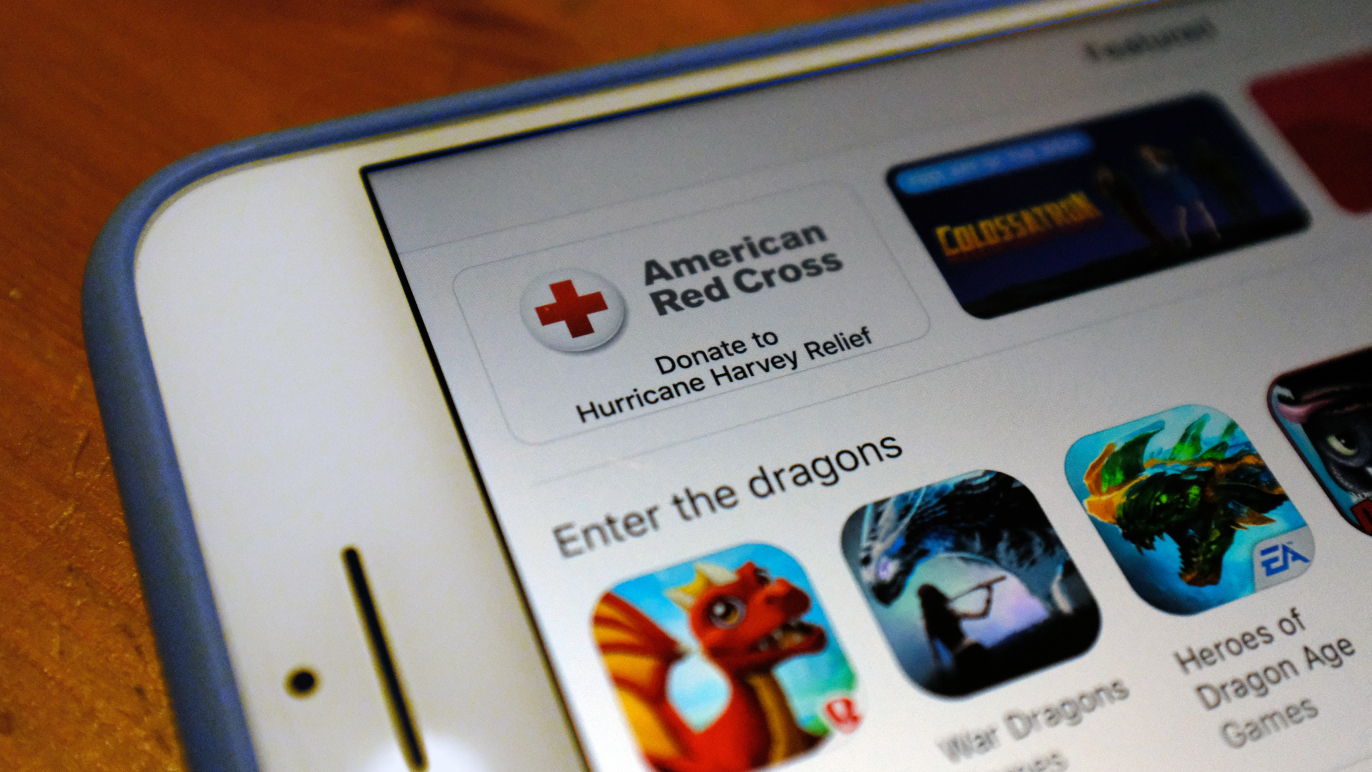 The company is collecting donations in $5, $10, $25, $50, $100, and $200 increments, with all of the proceeds going to help the Red Cross’s efforts in the area. Users will get a receipt, but their information won’t be shared directly with the organization — of course, you can always just donate directly to the Red Cross, as well.

A similar donations page was set up to benefit the Southern Poverty Law Center in the aftermath of the violence in Charlottesville, earlier in August. Unfortunately, iTunes store credit cannot be used to make the donations.

At least five people have died and another 14 injured after the Category 4 storm made landfall Friday, whipping coastal communities throughout the night with rain and 130 mph winds. Rescue efforts are underway in the region between Corpus Christi and Houston as flood waters rise to dangerous levels, worrying many that the death toll is expected to rise.

Apple CEO Tim Cook, who was in Austin on Friday to promote an expansion of the company’s “App Development with Swift” program, tweeted a message of support to followers in Texas. He later tweeted out a link to Apple’s donation webpage.

Thanks to all my friends in Texas, new and old, for another amazing visit! Please stay safe as the storm comes ashore.

While Harvey may soon weaken to a tropical depression, it’s currently stalled over the region and continues to pound the area with catastrophic wind and rain, which officials believe will last for “four to five days” and cause “catastrophic flooding.”

US President Donald Trump will travel to Texas on Tuesday to appraise the amount of damage brought by Hurricane Harvey, which has now downgraded to a tropical storm that is causing catastrophic flooding.

“I will be going to Texas as soon as that trip can be made without causing disruption. The focus must be life and safety,” CNN quoted the President as saying in a tweet on Sunday.

Amazon and Whole Foods, meanwhile, will match up to $1 million in cash donations made to the American Red Cross Hurricane Harvey Relief via Amazon.