IDC Raises Its 2013 Forecast For Global Tablet Market To 190.9 Million

International Data Corporation (IDC) has increased its 2013 forecast for the worldwide tablet market to 190.9 million, following a surge in availability of smaller, lower-priced devices in the tablet market. Previously, the company had forecasted 172.4 million units. Another forecast by the Worldwide Quarterly Tablet Tracker estimates tablet shipments to reach 350 million by the end of 2017. 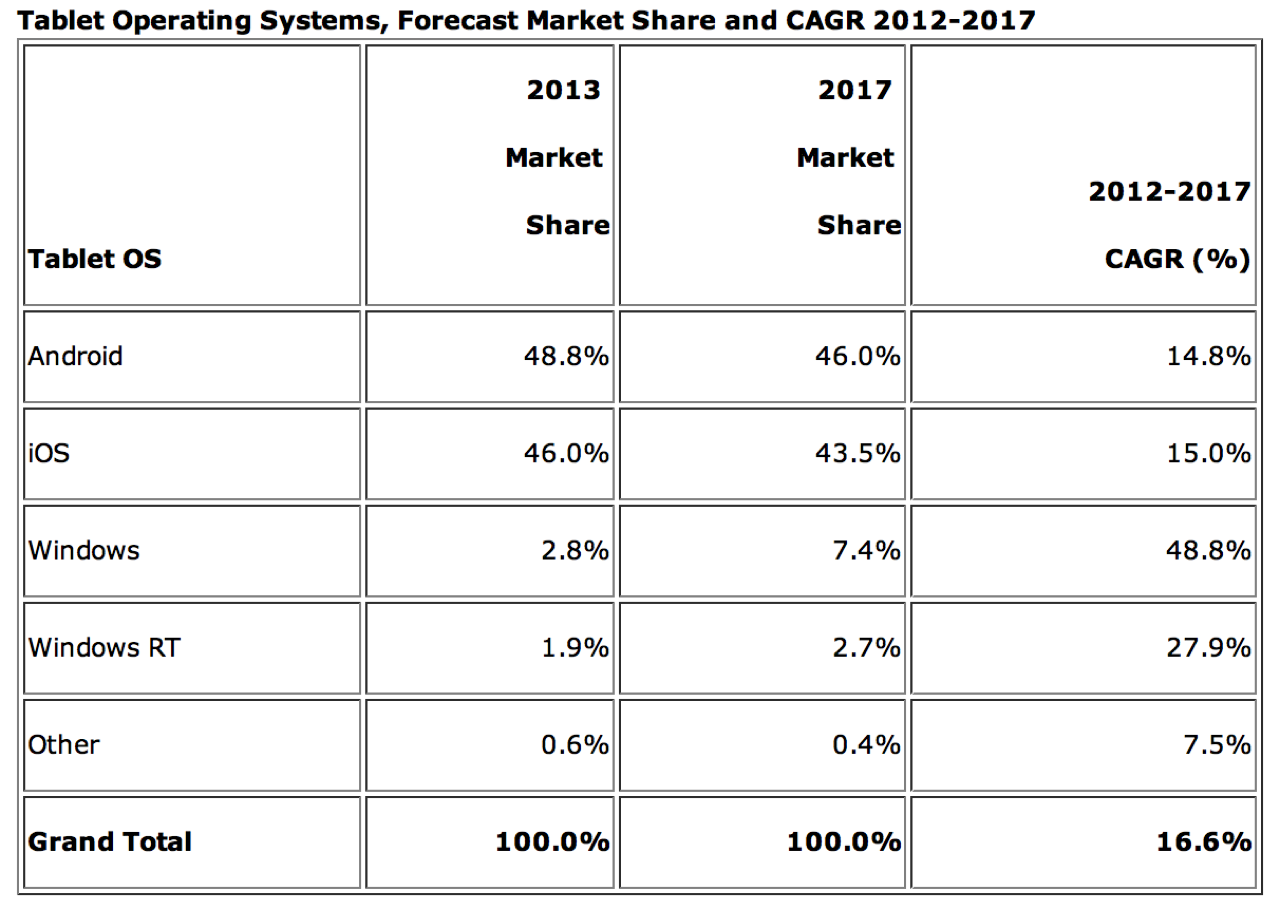 According to the press release, increases in tablet shipments have been made throughout the forecast period with an average increase of 11% between 2013 and 2016. Android-based tablets expanded their share of the market notably in 2012, and IDC expects that trend to continue in 2013. The firm says that iOS share is expected to slip from 51% of the market in 2012 to 46% in 2013. However, both iOS and Android are expected to eventually relinquish some market share to Windows 8 tablets.

“One in every two tablets shipped this quarter was below 8 inches in screen size. And in terms of shipments, we expect smaller tablets to continue growing in 2013 and beyond” said Jitesh Ubrani, Research Analyst for IDC’s Tablet Tracker. “Vendors are moving quickly to compete in this space as consumers realize that these small devices are often more ideal than larger tablets for their daily consumption habits.”

“Consumers aren’t buying Windows RT’s value proposition, and long term we think Microsoft and its partners would be better served by focusing their attention on improving Windows 8. Such a focus could drive better share growth in the tablet category down the road.”