It didn’t take very long for a teardown of the entry-level 13-inch MacBook Pro to hit the web — Apple updated its notebook lineup only just a couple of days previous. 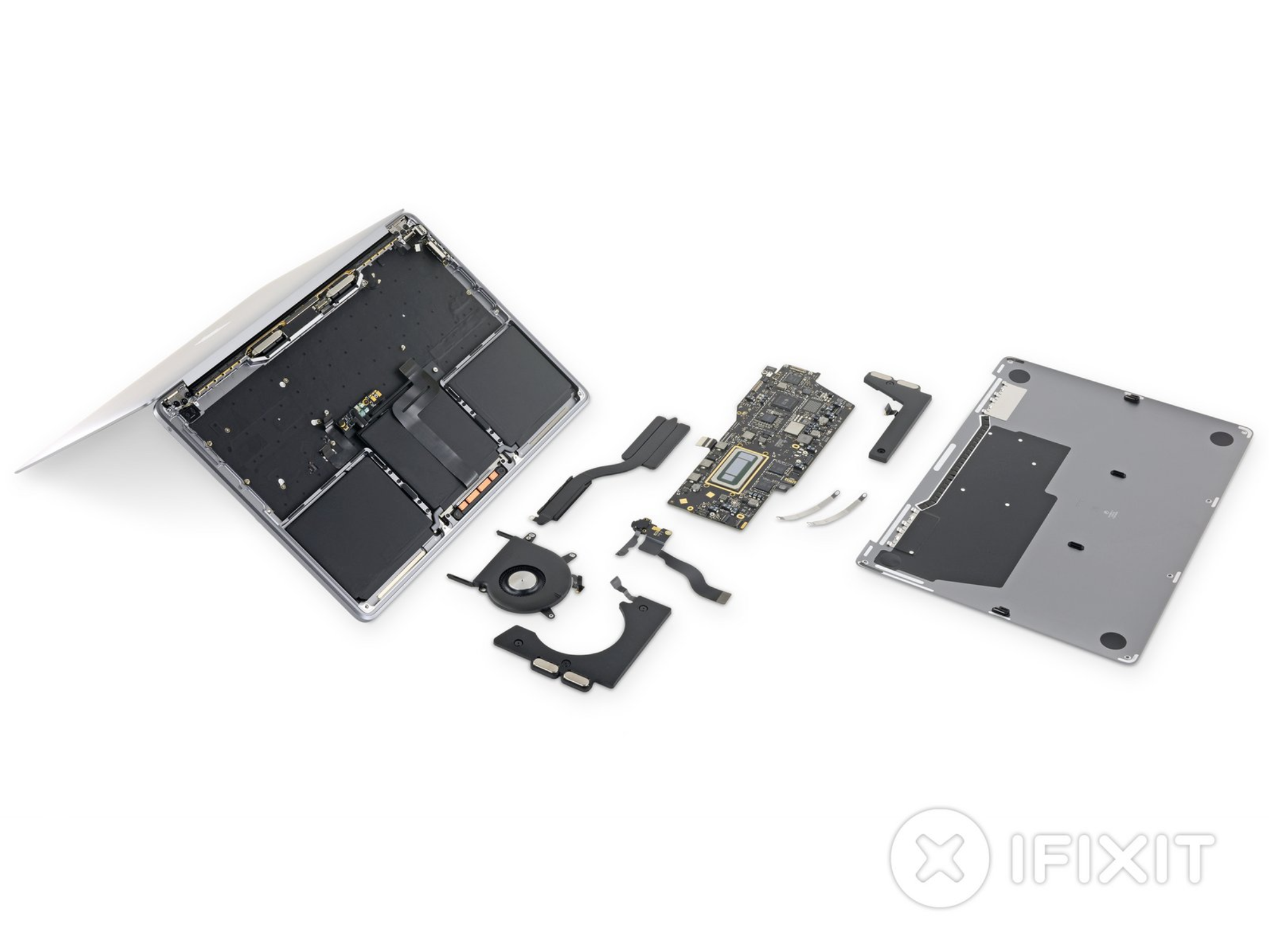 The teardown gurus over at iFixit reveal that the new 13-inch MacBook Pro has a marginally bigger battery, new keyboard materials, modular ports, but now has a soldered-down SSD.

According to the teardown, Apple has disappointingly soldered down the SSD. While before it was a proprietary SSD chip, it wasn’t fixed in place. The SSD now joins the soldered-down RAM.

“Where the 2016 model’s modular SSD used to live,” notes iFixit, “we peel back a sticker — only to find a soldered-down shield.”

“Unsurprising, perhaps,” continues iFixit, “but still disappointing — one of the last upgradeable components on the MacBook Pro line is totally gone.”

The latest MacBook Pro teardown also reveals that the machine features a decent 58.2W/hr capacity, making it slightly bigger than the 54.5W/hr cell found in the previous-generation non-Touch Bar model. The increase in capacity was most likely done to fuel the Touch Bar, Touch ID, and T2 chip while maintaining the same impressive 10-hour battery life of the notebook.

The teardown also confirmed that this refreshed laptop now carries the same improved third-generation butterfly keyboard seen in the more expensive models of the MacBook Pro 2019.

Additionally, the Thunderbolt board and speakers inside the new machine are modular. That means they’re no longer soldered in place, so if they fail, they can somewhat easily be replaced.

As for the overall ‘repairability’ score iFixit awarded the new entry-level MacBook Pro, it was predictably low: 2/10. The laptop was marked down for the fact that the battery is glued in with copious amounts of adhesive, as ever, as well as the soldered down RAM, and the now also soldered in place SSD.

Having to go to the Genius Bar instead of fixing your computer at home, and having to buy Apple’s certified products instead of third-party ones undoubtedly are smart financial moves for the company. But many people not like owning things they cannot tinker with or fix even a little, out of both frugality and a desire to create a little less waste in the world.