The past years have seen Apple’s physical retail locations undergo significant changes, many of which have degraded a retail experience that used to be great. 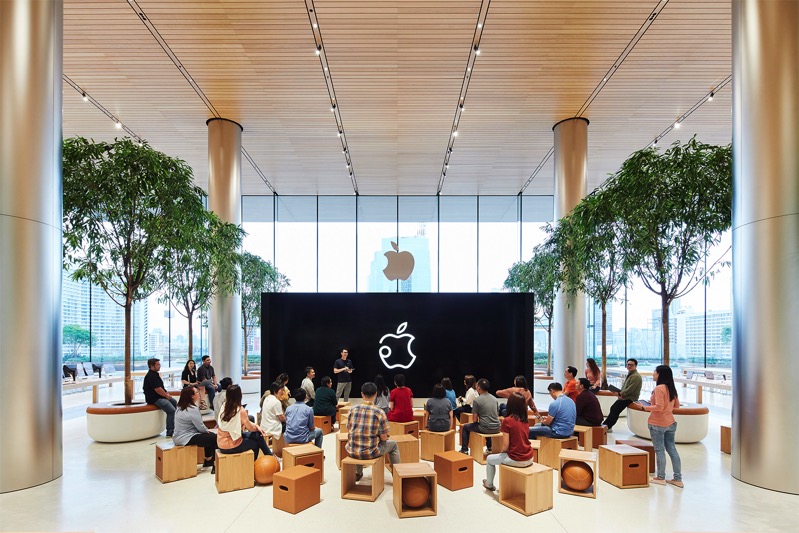 A new report from Bloomberg‘s Mark Gurman highlights both customer and employee frustration in regards to the current Apple retail experience, especially in the wake of the changes made by former retail chief Angela Ahrendts, who left the Cupertino company earlier this year.

Many Apple employees have expressed the notion that Apple’s physical retail locations have, under Ahrendts’ direction, become more focused on branding rather than customer satisfaction, which has, in turn, led to increased numbers of complaints against a number of stores:

One of her first moves was to turn the stores into “Town Squares,” where shoppers could hang out and, in industry parlance, “spend time with the brand.” Lines at the Genius Bar would have spoiled the effect, so stores started replacing the beloved customer-service counters with Genius Groves (comfortable seating under trees), tables and roaming Geniuses. Checkout counters also disappeared in favor of salespeople armed with mobile devices. The goal was to make Apple stores more like luxury showrooms, pushing offstage the unseemly business of checking out and fielding complaints.

One shopper expressed his frustrations on his recent visit to an Apple Store to buy a new monitor. “It took me forever to get someone to sell me the product,” says a recent Apple Store customer. “It’s become harder to buy something, even when the place isn’t busy. Buying a product there used to be a revered thing, now you don’t want to bother with the inconvenience.”

Apple employees have also felt the changes in Apple Stores under Ahrendts’ leadership, as the quality of employees has slipped while Apple continues to open new stores. It now has more than 500 locations, with 70,000 people.

Apple was “trying to streamline things,” says one employee, “but in the process made things more difficult for some customers.”

Apple’s new retail chief, Diedre O’Brien, is now apparently looking to the past to improve the current Apple Store shopping experience. For example, she hopes to break up Apple Stores into more clearly defined sections, including areas that promote Apple’s services businesses, like Apple Music and Apple TV+. Some employees have also said that she plans to bring back to original Genius Bar.

The first new Apple retail location to open under O’Brien will be the Carnegie Library location in Washington, D.C. on May 11, so we’ll see how her philosophy applies to the future of Apple Stores.

Read the entire report over at Bloomberg.

[caption id="attachment_389903" align="aligncenter" width="1146"] Image: Uber[/caption] Uber today announced the launch of UberX Share in Toronto, Vancouver, and Montreal, bringing shared rides back to these cities after UberPool was discontinued in 2020 due to the COVID-19 pandemic. "Shared rides have long been a rider favourite, from the spontaneous singalongs to meeting new friends and other...
Nehal Malik
51 mins ago